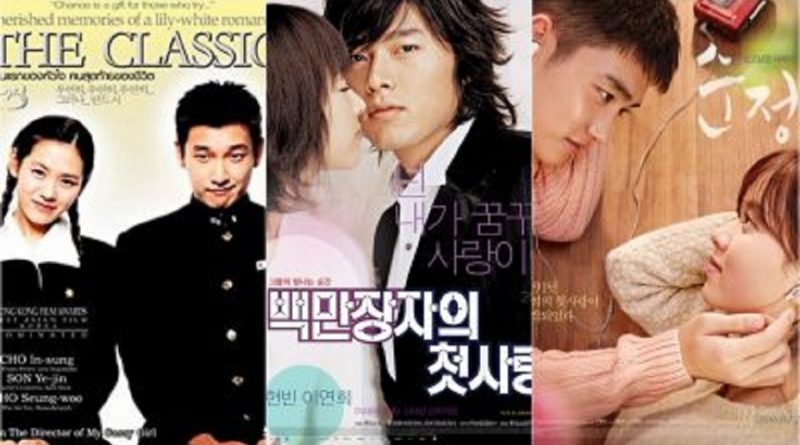 The classic lines do seem old or old, but the authenticity of the classic story has its own charm. Here’s a list of five Korean movies in a romantic classic genre that must be watched by movie lovers.

The film was released in 2003 and directed by Kwak Jae Young. It tells the story of a mother and daughter’s parallel love story. Starting from the present time when the mother tells the past to her child. Long story short, Ji Hye (Son Ye Jin) and Soo Kyung (Lee Tae Kyung) enter the same university and love the same guy Sang Min (Jo In Sung) from the drama club. Soo-kyung asks Ji Hye to write love letters to Sang Min. Ji Hye also pours out her heart to Sang Min in the letter with her friend’s name. Sang Min is touched and attracted to Soo-kyung, while Ji-hye feels guilty and avoids him.

Ji Hye’s father died and she lived with his mother since childhood. When her mother is on a trip overseas, Ji Hye feels lonely and tidying up the attic. She found a secret box containing her mother’s first love memories of the past. Son Ye Jin plays the role of Ji Hye and Joo Hee, the mother of Ji Hye as a young man. Many classic scenes like when Ji Hye and Sang Min ran under the rain with a jacket. Then the scene became memorable with its title ‘The Classic’.

Played by Son Ye Jin, this film tells the story of a designer named Soo Jin (Son ye Jin) who left her things at the supermarket. She then returnsed to the store to pick up the things and saw a man (Jung Woo Sung) walking out of the store with a drink. Soo Jin thought the drink is hers. She grabbed the drink and drank it in one gulp. Soo Jin also remembered her wallet left in the store. She walked back to the store, the security guard returned the wallet with the drink she left behind.

One day she met a man from a supermarket apparently called Chul Soo at her father’s project site. Chul Soo is the foreman and Soo Jin started to fall in love with him. The relationship continued to grow into marriage. Then Soo Jin’s illness became worse and she was diagnosed with Alzheimer’s.

The next film has a school life background. Jae Kyung (Hyun Bin) is a high school student who often skipped school. When he was 19 years old, he would become a millionaire because of his legacy. But the lawyer informed that Jae Kyung will only get an inheritance if he graduated from Boram high school located in the village. He had no other options cbut to obey the contents of his grandfather’s inheritance letter.

Things changed after he moved to SMA Boram. Jae Kyung lived without credit cards or cars. Then he met Eun Hwan (Lee Yeon Hee). The woman is different from the others and kept the secret. Jae Kyung slowly changed and Eun Hwan started to reveal his secret.

The last classic story starring Do Kyung Soo from EXO group and Kim So Hyun. In 2014, a radio DJ got a letter from her first love. Through the letter, it revealed the story of friendship and first love of five friends in the past.

In 1991, five friends spent the summer together. They are Soo Ok (Kim So Hyun), Bum Sil (D.O), San Dol (Yeon Joon), Gil Ja (Joo Da Young), and Gae Deok (David Lee). Four of them are out of town except Soo Ok. Soo Ok has legs that are handicapped and difficult to walk. Her friends always struggle to carry her. Bum Sil and San Dol quietly pay more attention to Soo Ok. But Soo Ok did not realize that both of her friend loved her.

The first love of the story of the rich and the poor is indeed a simple plot. But  because the story is a classic, the film is still very interesting to enjoy.