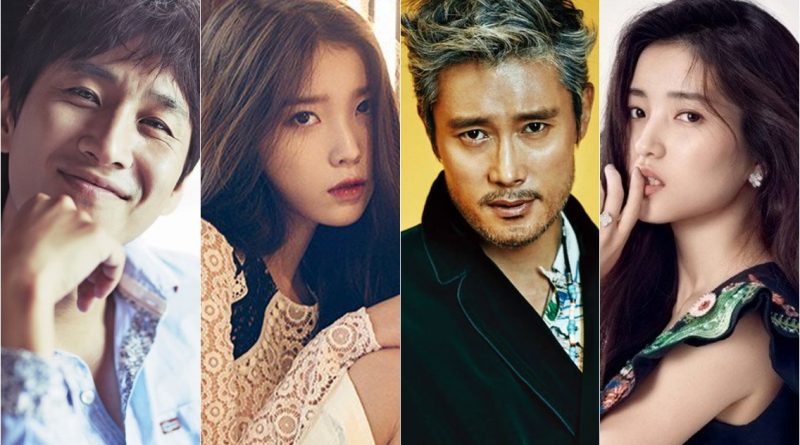 Recently news of actress and singer IU who collided acting with senior actor who is 18 years older than her, Lee Sun Kyun, received public attention. The new drama tvN ‘My Ahjussi’ tells the story of a man in 40 years old and a 20-year-old woman living a different life. The male lead will be played by Lee Sun Kyun while the female role is IU. Because of concerns about the age difference, IU’s fans show mixed reactions.

The best illustrator of the fantasy story about a big age gap couple like this is Kim Eun Suk. Lee Byung Hun and Kim Tae Ri, originally has 20-year age difference will play in Kim Eun Suk’s new drama ‘Mr. Sunshine’. The drama that will air on tvN next year has a 1900 background and is about soldiers. It is no exaggeration to say that the biggest issue about drama early next year is the age difference of the actors.


This kind of relationship is often seen in Kim Eun Suk’s works. In 2012, SBS ‘A Gentleman Dignity’ Kim Min Jung and Yoon Jin Yi are 17-year-old age gap couple. The man who lost his wife to meet a cheerful and powerful woman brings out an incredible chemistry.

Kim Go Eun and Gong Yoo in the drama tvN ‘Goblin’ have a 12-year age difference, this drama is about a couple whose age difference reaches hundreds of years. Because Gong Yoo is a goblin. But he loves a high school student. The female lead actress also dressed up in a high school uniform.

Clearly we should be more open. If conditions such as ‘Goblin’ are increasingly repeated, it will create syndrome with its own popularity. ‘Mr. Sunshine’ is the work of Kim Eun Suk that shows the couple with big age gap. Changes to the female character in the drama have become an important point.