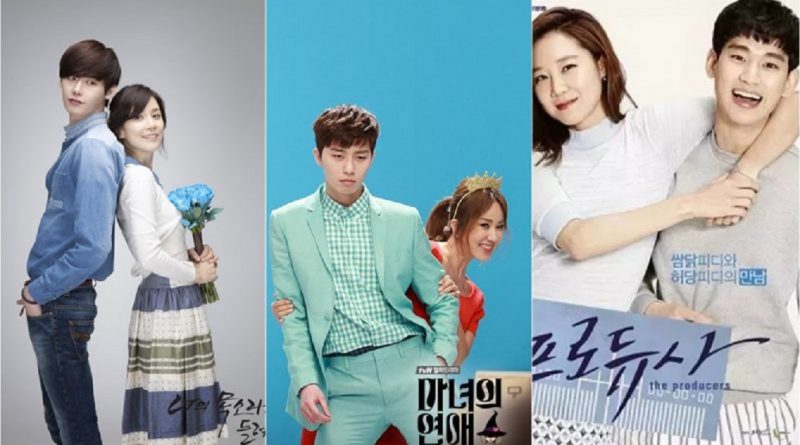 Love doesn’t know boundaries. In Korean dramas, screenwriters often show beautiful and romantic stories about older women with younger men. They try to cover the issue of age difference with a strong relationship. The chemistry formed between a Noona and a Dongsaeng is also very impressive. Here is a list of the best Noona – Dongsaeng dramas picked by CastKo.

Witch’s Romance is a drama that tells the love story of Ban Ji Yeon (Um Jung Hwa) and Yoon Dong Ha (Park Seo Joon). Ban Ji Yeon is a 39-year-old woman who works as a reporter. She is very enthusiastic and loves her job. Then Yoon Dong Ha, a 25-year-old boy has a small business with his friend. Yoon Dong Ha and Ban Ji Yeon meet and fall for each other.

2. I Hear Your Voice

Park Soo Ha (Lee Jong Suk) is a high school student who has telepathic abilities. He falls in love with a lawyer named Jang Hye Sung (Lee Bo Young) when Jang Hye Sung rescues him from a murderer and becomes a witness of a murder case of his father. After the incident, he promised to always protect the woman. On the other hand, Jang Hye Sung is a confident and a smart lawyer, but she does not care about her clients and works for money alone. After 10 years, Soo Ha meets Hye Sung again and finds herself to be quite different from the one he met before.

Seung Chan (Kim Soo Hyun) decides to work in an entertainment industry at KBS broadcasting station because he secretly loves one of the KBS employees. Seung Chan feels heartbroken when he sees the person he likes looks close with PD Ra Joon Mo (Cha Tae Hyun). But then he falls in love with PD Tak ye Jin (Gong Hyo Jin) who works on a music program with 10 years experience. Seung Chan has a stiff and careless personality, while PD Tak Ye Jin is a dependable figure. But Seung Chan’s stiff persona turns to be quite funny.