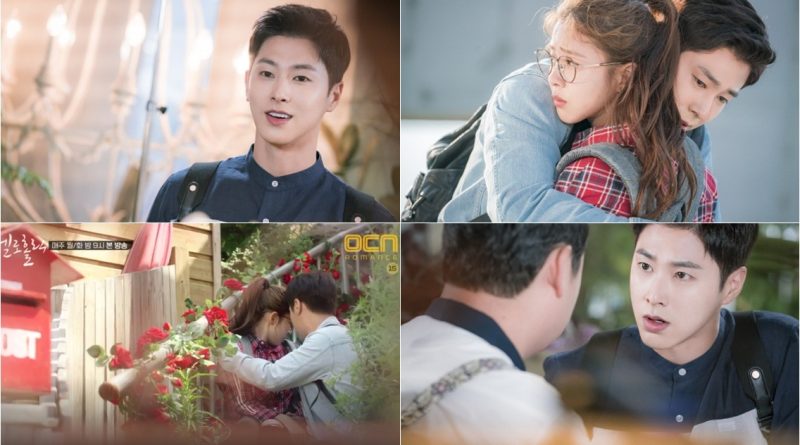 On OCN’s Monday-Tuesday drama ‘Meloholic’, Yunho has attracted attention through his role as Eun Ho, a man capable of reading thoughts and emotions. On the 13th, in the drama ‘Meloholic’ episode 3, Yunho who usually quarrels with Ye Ri (Kyung Soo Jin), knew her sad story and entertained her. Although he can understand women with his power, he tried to comfort her with his own effort and sincerity.

With his power, Yunho saw Ye Ri’s falling off a cliff on the beach. He thought Ye Ri is about to kill herself, he revealed his feelings back to Ye Ri, the viewer is captivated by his charm as a man who falls in love.

Jung Yunho investigated the question three years ago, but he felt that the incident occurred on the day of serial killings, he then reported to the police. It is expected that the audience’s attention will be on a story that has not been revealed with a series of occurrences filled with tensions.

‘Meloholic is a fantasy drama that tells of a man who can read human thoughts and emotions meeting a woman. The drama air every Monday and Tuesday at 9 pm on OCN.

March 1, 2018 Ria Comments Off on 6 Korean Artists With The Most Followers on Instagram
DRAMA Rank&Talk