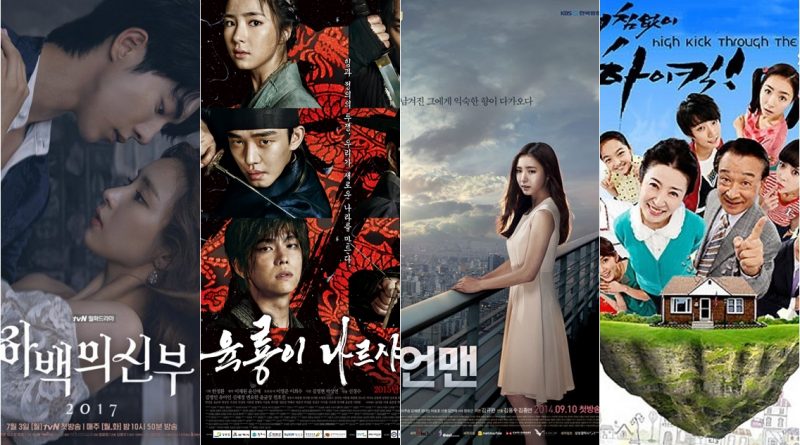 Shin Se Kyung is known by the public since 1998 as a cover model of Seo Taiji’s solo album – Take Five when she was only 8 years old. As a young artist she also appeared in Ppo Ppo Ppo (“Kiss Kiss Kiss”) and in historical drama Toji (“Land”),  Bride of Water God in 2017. Se Kyung gets a small role in “My Little Bridge” as Bo Eun’s (Moon Geun Young) best friend. Because her performance on My Litte Bridge is quite impressive, she is finally believed to be acting in a horror movie titled “Cinderella”. Then Se Kyung accepts the role of the younger version of Princess Cheonmyeong in the drama Queen Seondeok. In 2010 Shin Se Kyung starred in 7 episodes of “I’m Real: Shin Se Kyung” show, which showcases her daily holiday activities in Hawaii.

This fantasy drama is lifted from a webtoon of the same title. Tells the story of the water god Habaek (Nam Joo Hyuk) down to earth to find the stone that helped him ascend the throne. Arriving on Earth, Habaek lost the map to find a stone. He has difficulty because the human world is different from his world in the hydrangea. Then he meets up with So Ah (Shin Se Kyung) who is descendant destined to become a maid or a god slave. Habaek fell in love with his own slave. Although the story is slightly different from his webtoon and made in a modern format, the drama is quite interesting because it features beautiful visuals like Nam Joo Hyuk, Gong Myung, and Krystal who each play the role of water god, sky god, and water goddess.

This drama depicts the ambitions and success stories of people around Prince Lee Bang Won (Yoo Ah In). In addition, there is an ideological and political conflict between Prince Lee Bang Won and Jung Do Jeon (Kim Myung Min), the man who plays the role of King Tae Jo (Chun Ho Jin) to build the Joseon nation. Jung Do Jeon wants the country ruled by ministers, while Lee Bang Won wants absolute power. Finally Lee Bang Won became King Taejong who was the third king of the Joseon Dynasty. He helps his father, Taejo to establish Joseon. Six Flying Dragon was first released on October 5, 2015 and consists of 50 episodes. Played by Baek Jin Hee, Yoon Hyun Min, Jun In Hwa, Shin Dae Yee, and Do Sang Woo.

Blade Man is a South Korean television series of 2014, starring Lee Dong Wook and Shin Se Kyung. The television series is broadcast by KBS2 in 2014 for 18 episodes. The story of Joo Hong Bin is the CEO of a well-known game company, rich people, got everything. In addition to Rich and popular he is also a very handsome man. But, alas, even though he is perfectly close to what he has. He has one drawback that makes people lazy to approach him. Joo Hongbin crabby! The worst person on the planet. But he has a reason to be cold and angry man because he has a hurt wound after being abandoned by his lover. So one day that arrogant man turned into a giant. When it rained, he became angry and some knives came out of his body. One day he meets a beautiful woman with a bright personality named Son Se-Dong. The girl also promised to try to help heal wound hearted Joo Hong Bin and beakan the man becomes a real man.

High Kick Through the Roof is a Korean sitcom that carries the Lee family theme. Shin Se Kyung and Shin Shin Ae (Seo Shin Ae) are brothers who work as a maid at home food company leader, Lee Sun Jae for having to fulfill his father’s debt after running away. Because both live in the village, when they arrived in the city both have a lot of curiosity. Chairman Lee lives with his daughter Lee Hyun Kyung, son-in-law Jung Bo Suk, and aspiring doctor Lee Ji Hun, Jung Jun Hyuk’s high school granddaughter and granddaughter Jung Hae Ri. This drama is very interesting to watch with family and even already have 3 series. With the presence of famous stars like Shin Se Kyung and Yoon Si Yoon make this drama recommended.

August 11, 2017 Tri Comments Off on ‘Memoir of Murderer’ The Chemistry Between AOA Seol Hyun and Kim Nam Gil Who Have 15 Years Age Gap
DRAMA VIDEO