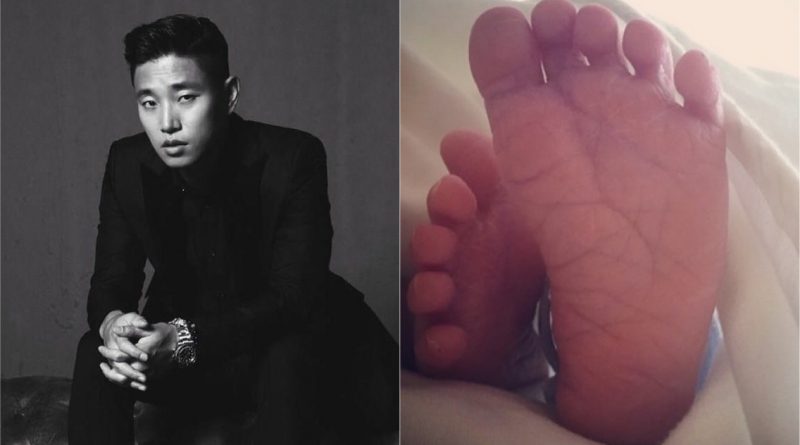 On Friday (17/11) Gary’s wife was reported to have given birth to a child at a maternity clinic in Seoul.

Through his personal Instagram account, Gary posted his baby’s foot photo on the child’s birthday and wrote down the caption, “Gary Junior”.

In April, Gary announced a surprise marriage through his Instagram. Gary wrote, “I will pass a thousand years with my beloved partner. I did not hold a wedding but we became a married couple through a private ceremony.”

Gary introduced his wife, “She is an ordinary woman who managed to win my heart in an instant”, he explained. He continued, “You may be surprised by my sudden marriage announcement, but I ask to pray for the future of us with joy. I will live a happy life”, he wrote.

Gary has made his own label in the past year and decided to have a break for a while.

Last month, Gary released the single ‘Gomin’ and recently starred in the Chinese reality show ‘Kang Ceremony’ which was released on November 15th. Gary gained popularity in China through the show ‘Running Man’.