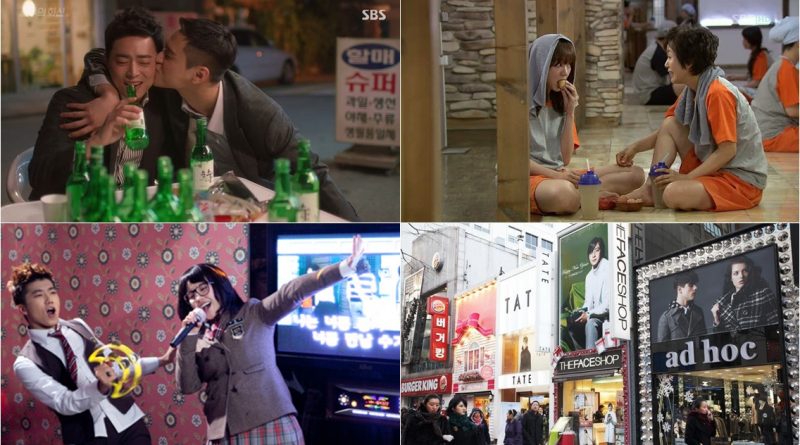 If you have the opportunity to visit Korea, we recommend you these places to visit which are not common in our country. Cultural differences and geographical position can be one of two causes. Some of these places are also very identical to Korean life habits and we often see them in drama. Where are they? Let’s look at the reviews.

The sauna is usually intended for people who have excess money, but different from Korea. If you like to watch drama, definitely you will be familiar with this place. If the main character runs away from home or looking for a new atmosphere, usually they spend the night there. Sauna or Jjimjilbang is an influential place for South Korean culture. Usually Sauna in Korea has a large land and various rooms. In addition to the hot room, there is also a cold room. Usually after the sauna, Koreans relax by eating boiled eggs and ssikhye. Even in the sauna there is a television in the watching room so visitors can relax.Backpackers often stay in the sauna to save costs because the price is very cheap. Sauna can be found easily in Korea.

Koreans like to drink? Well it must have been known to many K-POP lovers and Korean dramas. The reason, alcohol does not become something illegal in Korea. The habit of drinking alcohol actually closer to their social relationships. So do not be surprised if in Korea many bars or places sell soju on the street. The function of drinking is the same as when college kids, young people, and business people drinking coffee while hanging out in cafes. At night, many Koreans go to the bar to unwind with colleagues or just invite their boss to get to know each other better. This is done to maintain social relations between fellow communities.

It’s no secret that Korean society also considers plastic surgery to be common. Visuals are their number one interest. As the world’s leading plastic surgery activist, it is definitely a beauty clinic and plastic surgery scattered on the edge of town. Do not be surprised if you see a person walking around with a bandage in the area of her or his face.

Since long ago, Koreans love to dance and sing. Many traditional arts and ceremonies involving elements of dance and singing. The presence of boy bands and girl bands may be a manifestation of dancing and singing hobbies in the past that are transformed into more modern ones. Hence on the outskirts of the road are also many scattered places of karaoke. Karaoke is usually visited by young people, but unlike in Korea, middle-aged fathers and mothers are also happy to visit this place.

As we know, Korea is always proud of its local products. Pride is also accompanied by quality products, cosmetics for example. Korean cosmetics are well known in Korea and abroad. Korean cosmetics has a wide range of brands and functions. But the more fun is we do not need to go to the mall to buy cosmetics. Because cosmetics stores are also scattered everywhere even in underground stations. The tourists were not difficult to find makeup as a gift because it is very easy to find.