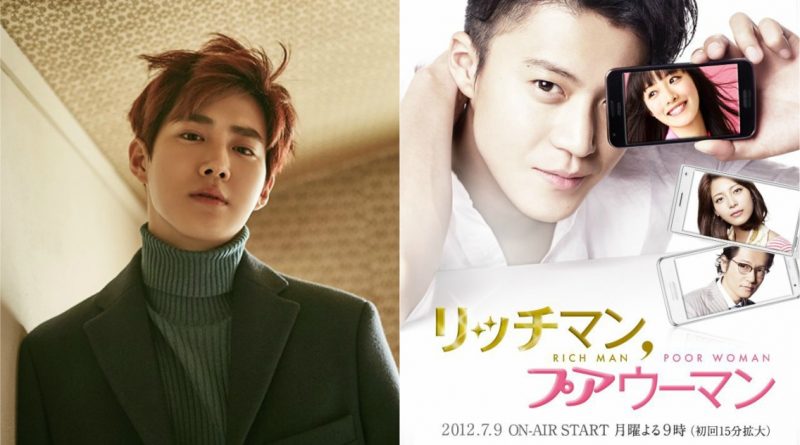 Suho will act in 16 episodes of ‘Rich Man Poor Woman’ which is scheduled to air in the first half of next year. The original drama of the same name has been aired on Japanese TV channel FUJI TV at 21:00 in 2012 and got an audience rating of 13%.

In addition to getting the burden of popularity that the original drama has earned, there are some Japanese dramas that have been remake in Korea that makes Suho more burdened.

Original drama such as ‘Late Night Restaurant’, 2015 ‘Naeil’s Cantabile’, 2014 ‘The Suspicious Housekeeper’, 2013 ‘Second To Last Love’ gained much popularity in its home country, but after a remake in Korea they did not meet expectations.

Production company I HQ said, “Suho fits the image of the main character”, he said.