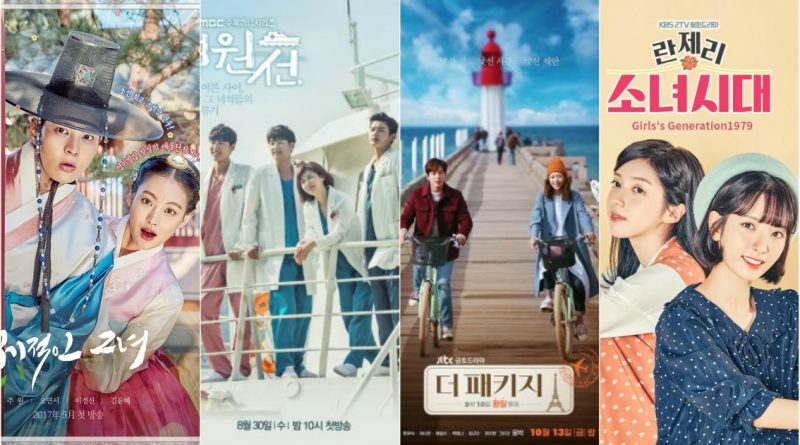 Lately the members of CNBLUE who originally began their career in music began to enter the acting world. Many of their works began to be watched and liked by the audience. Here are the best dramas starring CNBLUE’s members.

Recently Kang Min Hyuk attracted viewers through the drama ‘Hospital Ship’. This drama finally managed to become a drama with the highest rating among other Wednesday-Thursday dramas. This is all thanks to Kang Min Hyuk’s acting ability that continues to rise in terms of quality. He also managed to compete acting with famous actress Ha Ji Won who made this drama as the best drama he’s starring in.

After 3 years absence in acting world, finally in 2017 the leader of CNBLUE, Jung Yong Hwa again showed his acting ability. Jung Yong Hwa will be playing in drama ‘The Package’ which will air mid October. This drama is expected to be the best drama starring Jung Yong Hwa considering his increased acting skills and interesting story plot.

In ‘Girls’ Generation 1979′ Lee Jong Hyun plays the role of Joo Young Choon. During his career in acting, this is the first time Lee Jong Hyun starred in tv drama. Although not getting a major role, Lee Jong Hyun’s appearance is very fascinating and attracts the attention of viewers.

Of those four dramas, which do you think is the best?

May 16, 2017 Tirta Comments Off on Ok Joo Hyun Talks about Her Latest Drama Musical, ‘The Bridges of Madison Country’
DRAMA VIDEO