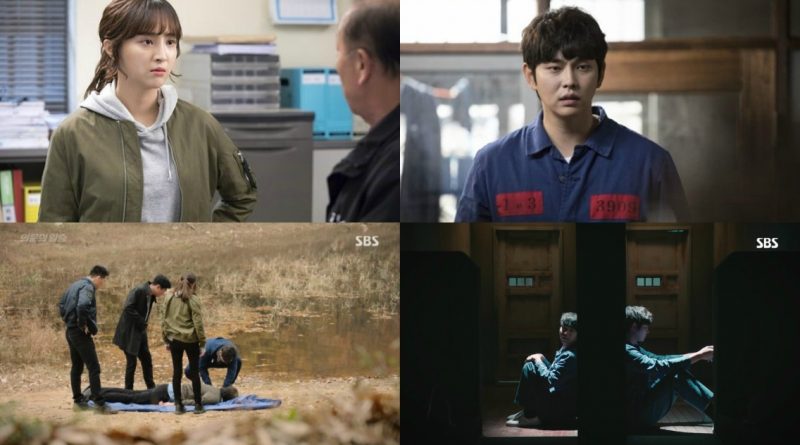 In episode 3 and 4 of SBS ‘Doubtful Victory’ on (28/11), the past of Oh Il Seung (Yoon Gyun Sang) and Jin Jin Young (Jung Hye Sung) was revealed. Kim Jong Sam became a prisoner. The most important thing in this episode is the ending. The drastic change in Kim Jong Aam’s identity that received the death penalty from a criminal act leads to a twist that makes the audience stunned.

In this episode, it becomes clear why Kim Jong Sam became the target of death that sparked everyone’s question. As a child, Kim Jong Sam lives miserable after his mother dies. In this process, Kim Jong Sam who meets with Kang Cheol Ki (Kang Hyung Sung) leads telephoto life and his dream of becoming a policeman begins to grow.


But a tragedy came to Kim Jong Sam. Before becoming a cop, the latest telephoto work requested by Kang Cheol Ki resulted in the deprivation of Kim Jong Sam’s life. Kim Jong Sam suddenly stopped by the restaurant where he worked as a telephoto worker and became a suspect in the murder case. Kim Jong Sam has made a confession because the investigator forced him and eventually he was sentenced to ten years in prison.

Ten years have passed. Kim Jong Sam told Jin Jin Young to tell her where he is. Kim Jong Sam exits through the runaway bunker and moved the body of detective Oh Ilung back to prison.

From here, the end that drew everyone’s attention started. The detective team who received the sarong was sent to Oh Il Sung’s body. When feeling the tension, detective Oh Ill Sung suddenly woke up and turned around. He saw Kim Jong Sam. Jin Jin Young was shocked to confirm his identity card, but the photo is a photo of Kim Jong Sam.

In an instant, the fake detective Kim Jong Sam was able to be relaxed along his journey to the end. Kim Jong Sam who became a villain make viewers curious on how he adapts the situation in the future and how unexpected developments can happen.