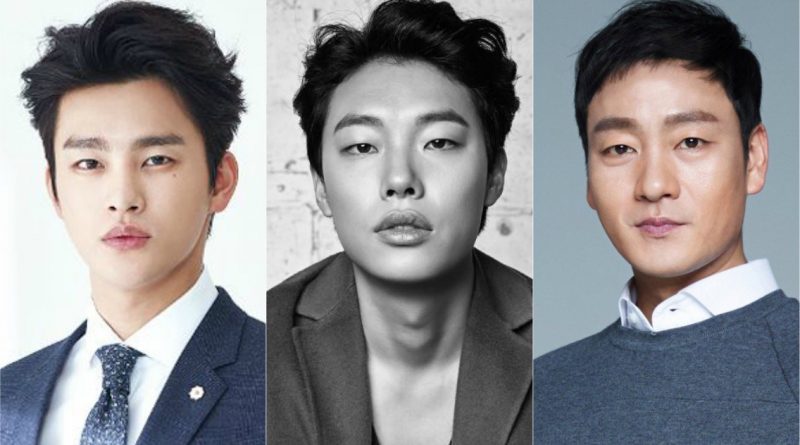 
‘Reply 1997’ is a unique drama. Seo In Guk and Jung Eun Ji are idol singers, but they manage to build an amazing atmosphere with entertaining dramas. This is a factor of its success. Seo In Guk meets a character that fits him perfectly and starts to gain popularity with charming acting.
# ‘Reply 1988’ Ryu Jun Yeol

Although he is not the husband of the female lead, Ryu Jun Yeol’s popularity is inevitable. Kim Jung Hwan’s character maximizes his charm as an actor in the drama ‘Reply 1988’. Naturally his acting and strong personality make his character more interesting, and Ryu Jun Yeol’s abilities executed amazingly by Shin Won Ho. Ryu Jun Yeol has done various activities in the film industry since starring in this work. Not only Ryu Jun Yeol, actor Park Bo Gum, Ko Gyung Pyo, Lee Dong Hwi, and others are also getting public attention thanks to drama ‘Reply 1988’.

Shin Won Ho re-launches a new story that is not a continuation of the series ‘Reply’ by featuring other interesting actors. Through the drama tvN ‘Prison Playbook’, he has made a different story than ever with working with actor Park Hae Soo who plays the main role named Kim Jae Hyeok.

Park Hae Soo plays the character as a famous baseball player who becomes a villain. The story will feel sensitive and agile because it tells the baseball player and shows his tiring journey of life. The characters displayed are full of lies. Park Hae Soo is a perfect actor to play Kim Jae Hyeok’s character. Before the drama is fully aired, Kim Jae Hyeok’s character receives high expectation from the viewers.