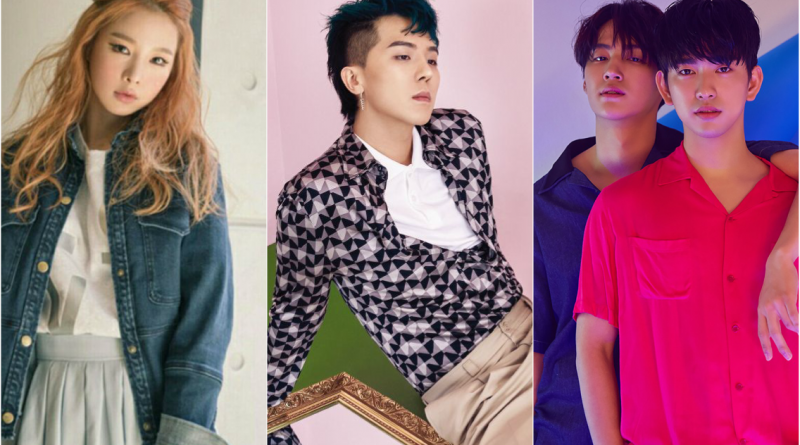 Solji, who is currently a member of EXID, debuted under a ballad duo 2NB back in 2006. The duo broke up after 6 years in 2012, and Solji joined EXID in the same year. Another duo member, Kim Song Yi joined the girl group Blady with the stage name “Gabin” in March 2015.

Song Mino first debuted as a rapper on the four-member BoM ballad group in 2011, under the stage name Tagoon. However, the group broke up after two years, at which point Mino was recruited into YG Entertainment. He debuted with Winner in 2013. Song Mino was originally a trainee as Block B member, but he quit for personal reasons before the group made its debut.

JB and Junior first appeared in KBS 2012 drama ‘Dream High 2’. Not long after they finished, they came out as a duo called ‘JJ Project’ debuting under JYP Entertainment in May 2012 with their single ‘Bounce’. The two then joined GOT7 and debuted with them in January 2014.