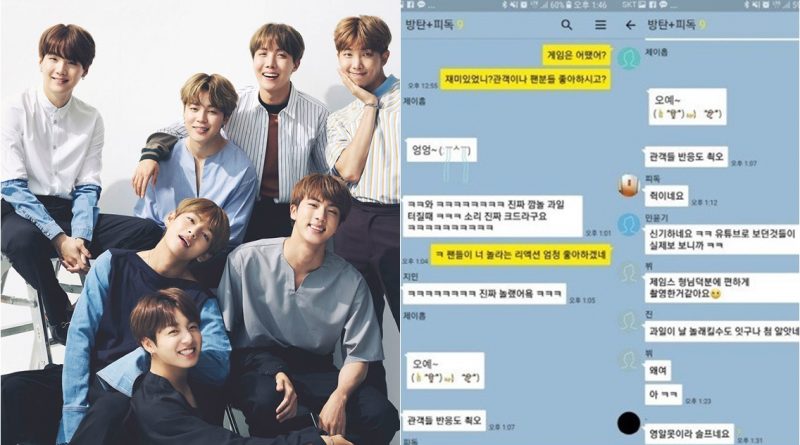 Bang Shi Hyuk shared his chat conversation with BTS members. On November 15th, Bang Shi Hyuk uploaded his messages with members of BTS through his personal SNS. In the uploaded photo, there is a testimonial about the BTS that has completed the CBS recording of ‘The Late-Late Show’.

BTS gave his opinion “James Corden welcomed us very friendly.” “Wow amazing. It is like watching tv.” Then Bang Shi Hyuk responded by asking, “Do you understand? Your performance? Many fans are coming?” J.Hope replied,” A lot of fans are coming. Some viewers are fans. I was curious about the American reaction and wanted to see it immediately. The crowd here likes it.”

When J.Hope was surprised at the fruit scene that came out during the show, Bang Shi Hyuk commented, “Fans will love your surprised reaction.”

BTS is a group raised by Bang Shi Hyuk and becomes famous all over the world. ‘The Late Late Show’ led by James Corden also conveyed through his SNS “Whatever others say, I’m a BTS fan” and also uploaded a BTS live recording video.

December 28, 2017 Tri Comments Off on 3 Korean Face Mask For Your Healthy and Fresh Skin!
DRAMA Rank&Talk