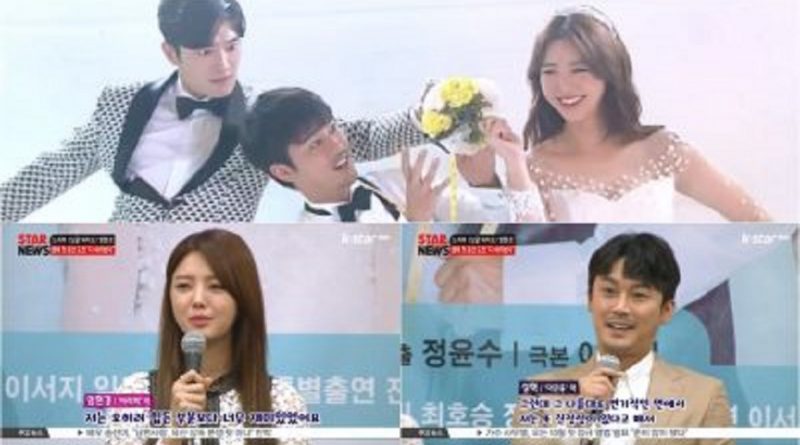 Uhm Hyun Kyung plays Lee Ra Hee, an upscale furniture designer who marries a second generation chaebol. She will show the life of a glamorous celebrity. Along with this, we can also see the appearance of Uhm Hyun Kyung, as a simple wife in the suburbs. Sung Hyuk who co-acts her in the drama said, “Uhm Hyun Kyung is very funny. That’s why I love to act with her, I look very messy. Because both are very liberal I feel that her purity is good.”

Uhm Hyun Kyung’s divorced life with her ex-husband to live a perfect marriage with her chaebol lover becomes the main point of the drama ‘Single Wife’. Uhm Hyun Kyung is in between her future husband Kwak Hee Sung and Sung Hyuk who still have the status as her husband.