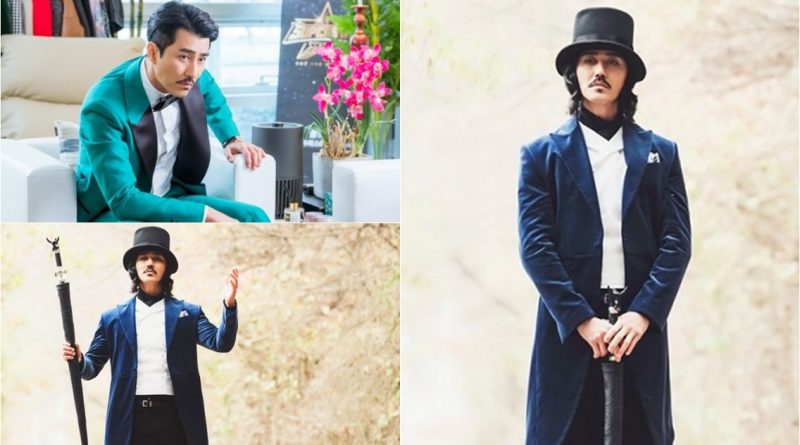 Cha Seung Won ‘Hwayuki’ is transformed into Woo Ma Wang, a figure with a unique aura. In the new weekend drama tvN ‘Hwayuki’ which aired on the 23rd, Cha Seung Won plays the charismatic Woo Ma Wang, the gigantic monster who owns the biggest entertainment company in Korea. Despite being a successful entrepreneur, he is better known as a celebrity. It also triggers another expectations for Cha Seung Won’s syndrome.

Woo Ma Wang’s character in two human and celestial versions has been released and shows his unique charm. Cha Seung Won wears a hat that features a distinctive personality with blue tuxedo in the forest while standing.

The beautiful scenery mixed with plants provides a mysterious atmosphere with deep feelings for the fall.

In the human world, he transformed into Woo Hee Chul, CEO of the largest entertainment company in Korea with a charismatic appearance and enviable others. From head to toe, his performance was amazing with an extraordinary atmosphere. The use of a mint-colored suit is also unusable for anyone and looks appropriate to be worn by Cha Seung Won. Woo Ma Wang’s character that has two versions of this feels complete with the uniqueness of Cha Seung Won.

‘Hwayuki’ is a drama lifted from an ancient novel, an absolute romantic exorcism that portrays Son Oh Gong’s (Lee Seung Gi) journey in search of light in a dark world. This drama premiered on the 23rd at 9 pm.