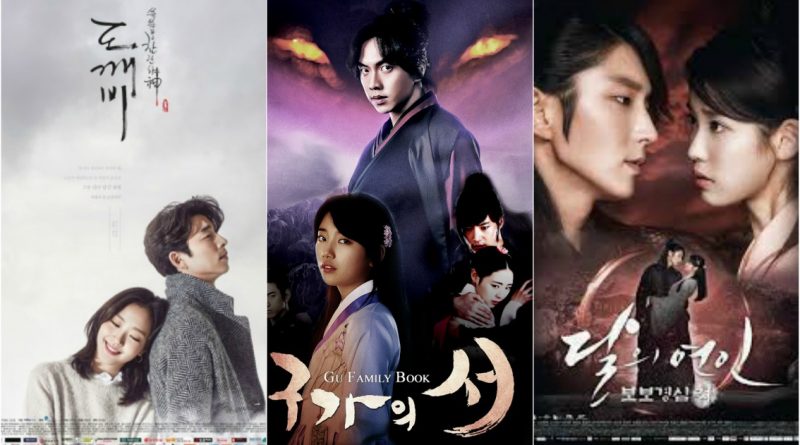 The rise of the great dramas managed to attract the attention of viewers. These dramas are not easy to remove from memory or to be forgotten just like that. Although they have ended, they are still being waited faithfully for the 2nd season. What are the dramas that mostly awaited for its season 2?

There are still many unanswered questions in the last episode of the drama ‘Goblin’. The ending presented by writer Kim Eun Sook was considered still hanging. Many viewers are curious about what happened after Ji Eun did not see Kim Shin again in their second life. They wonder whether the fate of the Goblin bride still attached to her? Will their relationship be better than before? For that viewers until now still faithfully waiting for ‘Goblin Season 2’ to be broadcasted.

It is no wonder why the drama ‘Moon Lovers’  season 2 is very much awaited. The chemistry between Lee Joon Gi and IU was considered very good. Viewers are still waiting for the rest of the story from both. Moreover, in the final episode, after Choi Ji Mong spoke to Hae Soo (IU) not from this world, King Wang So (Lee Joon Gi) said, “I’ll find you” and this made viewers wish IU and Lee Joon Gi will be reunited in the modern world on the airing of season 2.

‘Signal’ is one of the most successful mystery thriller dramas. This drama managed to attract attention with a time slip plot, which was so beautiful. The story of a detective Lee Jae Han (Cho Jin Woong) who tried to unsolve serial killings case managed to attract the attention of viewers. Unfortunately, the ending of ‘Signal’ made the audience a bit disappointed because Lee Jae Han’ (Choi Jin Woong) death and his life was not explained or exposed clearly.

One of Lee Seung Gi’s most successful works is ‘Gu Family Book’. In the last episode of ‘Gu Family Book’ it was told that Dam Yeo Wool (Suzy) died of illness. Supernatural Choi Kang Chi (Lee Seung Gi) is able to make people live for hundreds of years until finally reunited by people who are similar to Dam Yeo Wool (Suzy) a woman whom he loved. Viewers assume that there will be a season 2 that tells the two in modern life.

5. Man from Another Star

‘Man from Another Star’ became a trend and caught the attention of many viewers. The ending presented by the writer is hanging because Do Min Joon (Kim Soo Hyun) must be separated with Cheon Song Yi (Jun Ji Hyun) and can only meet in a few seconds each day. Viewers are still confused whether they will end up happy or not and ask for season 2.

Which of the 5 dramas are you most likely to wait for its season 2?