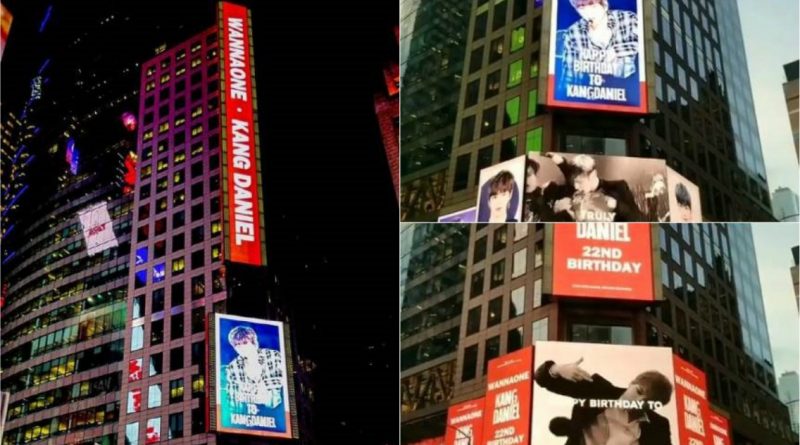 Kang Daniel, one of the Wanna One members was spotted on the New York Times Square billboard. The fans put up the ad to celebrate Kang Daniel’s birthday.

On December 5th, fans of Kang Daniel show off Kang Daniel’s recording video with an introductory text on eight billboards in Times Square New York to welcome Kang Daniel’s 22nd birthday celebration on December 10th. The ads will be installed from December 4th at 9pm to December 11th at 3pm.

This advertising boards are famous for their very high rent rates in the world. Due to the expensive rental price, most of the advertisers there are big companies like Samsung and LG. It is very unusual for an idol group member to appear on the billboard.

In addition to the Times Square, the fans also display ads on 30 subway stations in Busan namely the birthplace of Kang Daniel, Gangnam, and Mapo. The netizens showed his reaction, “Kang Daniel’s popularity is so great”, “Not just the singers, but the fans are amazing”, and others.

Meanwhile, Kang Daniel along with Wanna One has just released a repackage album ‘1-1 = 0 (NOTHING WITHOUT YOU)’ on November 13th and has become a popular idol by earning numerous awards at year-end awards ceremonies.