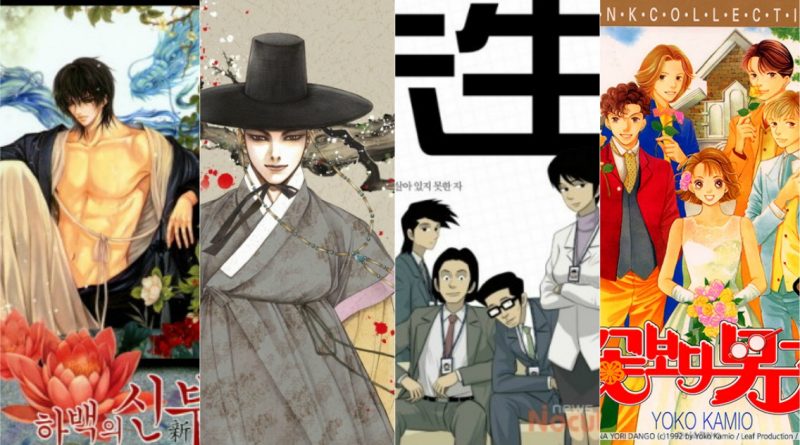 A good drama must be made by a competent director and writer. Inspiration in making drama story can come from anywhere. No exception from the comic story that has been famous in the community. The story of the comic, then processed again by drama writers to fit the needs of the drama audience. Sometimes there are little differences between the story in the comic with the story in drama. Here are dramas with story lifted from webtoon.

tvN drama ‘Bride of the Water God 2017’ aired on July 3rd until August 22nd 2017. This drama is a drama resulting from a comic adaptation of the same title released on May 7th 2012 to 11th Deuter 2014. ‘Bride of the Water God 2017’ starring famous acts like Ha Baek (Nam Joo Hyuk), Yoo So A (Shin Se Kyung), Hoo Ye (Lim Ju Hwan), Moo Ra (Krystal), Bi Ryum (Gong Myung) and others. The drama tells of the villagers suffering from the ongoing drought. Ha Haek’s water god came to earth to find a stone that helped him claim his throne, and he was asked by the villagers to rain down. However, he can rain down if a young woman is sacrificed to him as the bride. For the sake of the villagers, So A finally decided to become a wife and sacrifice to Ha Baek. He finally meets up with Ha Baek, but he’s so different from what she imagined.

2. ‘Scholar Who Walks the Night’

MBC drama ‘Scholar Who Walks the Night’ is played by Kim Sung Yeol (Lee Joon Gi), Jo Yang Sun (Lee Yoo Bi), Crown Prince (Shim Chang Min), Gwi (Lee Soo Hyuk), and others. The drama is lifted from a comic with the same title and created by Jo Joo Hee and Han Seung Hee, first published on January 25th. The drama is released on July 8, 2015 with historical, fantasy, and romantic genres. The drama is conducted against the background of the alternative Joseon dynasty where Jo Yang Sun (Lee Yoo Bi) is the daughter of a nobleman whose family lost everything when her father was trapped for treason. To meet his needs, Yang Sun began dressed as a male bookseller and met a handsome and mysterious scientist Kim Sung Yeol (Lee Joon Ki), who works at Hongmungwan. Sung Yeol is a vampire, and he is constantly haunted by the death of his long-time love of Lee Myung Hee (Kim So Eun), especially when he meets Myung Hee today, Choi Hye Ryung, the noble daughter. Meanwhile, the evil vampire, Gwi (Lee Soo Hyuk), lives in the royal court and uses his political powers and intrigues to prevent the Crown Prince (Shim Chang Min) ascending to the throne.

tvN drama ‘Misaeng: Incomplete Life’ is one of the dramas that holds the theme of the work. Through this drama, we can witness indirectly the work competition in Korea is quite sad. Tells the story of Jang Geu Rae (Im Siwan) who is a former badger player but failed to reach a professional stage. Eventually he had to give up his dream to become a badger player and start entering the real world. Since Jang Geu Rae is just a high school graduate and accepted internship at the company because of the connection, he is often underestimated by his co-workers. He is considered less competent and the first candidate will not be accepted as a permanent employee. But his efforts were able to attract the attention of the directors and was selected as one of the contract employees among the many apprentices. Not only was there Jang Geu Rae’s misery, the various problems faced by his division and alienated by his leadership made Jang Geu Rae constantly trying to prove his worth. ‘Misaeng’ also starring Lee Sung Min, Kang So Ra, and Kang Haneul.