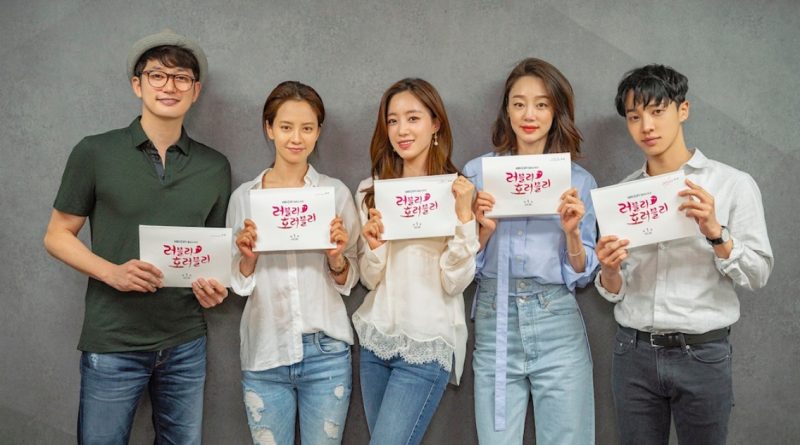 ‘Lovely Horribly’ has announced the birth of the new romantic horror drama.

The new drama ‘Lovely Horribly’ is set to air in August, replacing ‘Are You Human Too’ it will tell a story of a man and a woman get into an affair as a top star and the drama writer.

This drama told a fateful story and a tug of war between a man and a woman who got trappe din the horror drama with the slight touch of Melo romance that has never been seen before. Especially since the strange and mysterious things that happened to the two of them will be unfold in a very interesting yet intense way.

Park Shi Hoo who is currently spreading his wings in his career acting showed the strong presence of his unique character named Philip, a man who has everything. He was born lucky as if the whole universe is given to him but when he reached 34 years old, he will be facing some strange and unexpected situation. From head to toes, Philip is a perfect guy who has raised the viewers expectation.

Even though Song Ji Hyo live an unlucky life, Eul Soon is a character with positive energy that has captured the viewers heart.

Especially, Philip and Eul Soon who were born in the same time and day shared a totally different path. In their first meeting, the two of them had showed off a perfect synergy in the first script reading of ‘Lovely Horribly’ and has gained high expectations from the viewers.