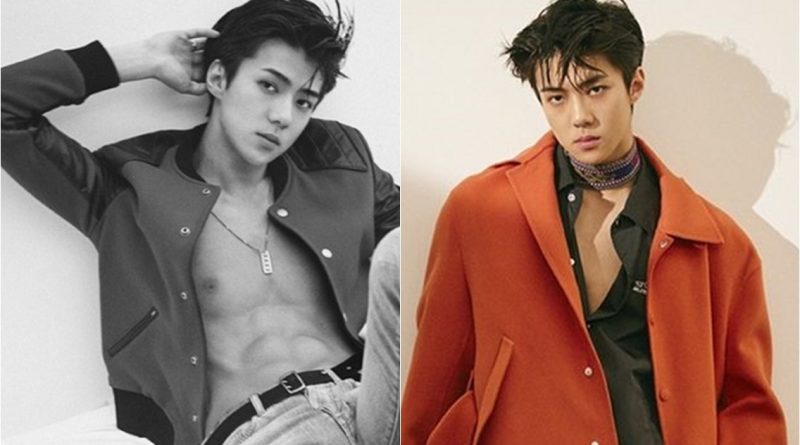 EXO’s Sehun looks sexy in the latest shoot. Sehun previously gave fan service to show off his six pack abs at concert, this time he will show it again through shooting with fashion magazine LEON man.

Sehun EXO was chosen as the cover model for the first edition of Leon magazine that pursues the sense of youth in 2018. He presents the figure of a mature man and was selected because of his sexiness.

In the photo shoot, Sehun has an iconic charm that suits her age, as well as her sexy and sensitive look to fashion. In particular, his handsome and broad shoulders opposite to the sixpack abs are revealed.

Sehun has managed to shape his body in recent months with rigorous sports and diets to keep his promises with fans at concerts. His body was first seen in the concert ‘EXO PLANET # 4 – The EℓyXiOn’ held at Gocheok Sky Dome, Seoul, last month.

In an interview with Leon Korea, Sehun pointed out his man-made virility with his fans, “The true man is responsible for what he says.”

July 2, 2017 Ria Comments Off on Kim Sae Ron Returns as a Baseball Goddess of Victory After 6 Years
MUSIC VIDEO