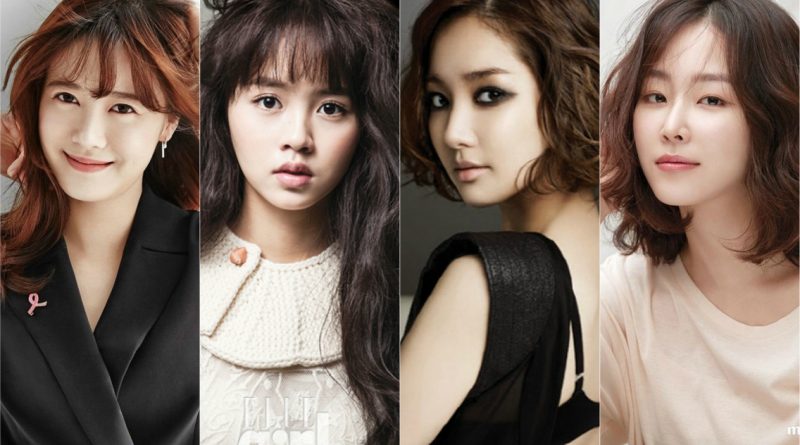 Actress market at the end of the year is getting heated up. There are some actresses who can play various performances and they are attracted to characters that become a fortune so it can keep them away from their agency.

The actresses who are on this transfer deal are Park Min Young, Seo Hyun Jin, Kim So Hyun and Goo Hye Sun. They are looking for a new agency that is right for them. The standard for the new agency is ‘Support the career’. As actress, they must have the ability to take the right direction.

Goo Hye Sun left YG Entertainment after 14 years and is discussing an exclusive contract with the next agency. The agency she is considering is a new startup agency called Partners Park managed by CEO Bae Yong Joon and Kim Soo Hyun from KEYEAST. An entertainment industry official said that the two sides had met and discussed the contract well and seemed to have a positive conclusion.

Kim So Hyun left Sidus HQ who became her agency since becoming a little actress and is currently rumored to be making her own agency.

Seo Hyun Jin left Jump Entertainment on November 17th after SBS’s ‘Temperature of Love’ drama ended, and now she’s getting a lot of love calls from some great agency. Seo Hyun Jin has proven to be an actress who can show off perfect appearances in romantic dramas through ‘Let’s Eat 2’, ‘Another Miss Oh’, ‘Romantic Doctor, Teacher Kim’, and ‘Temperature of Love’.

April 17, 2018 Ria Comments Off on 3 Child Actresses Who Have Turned Into A Beautiful Woman
BEAUTY Rank&Talk