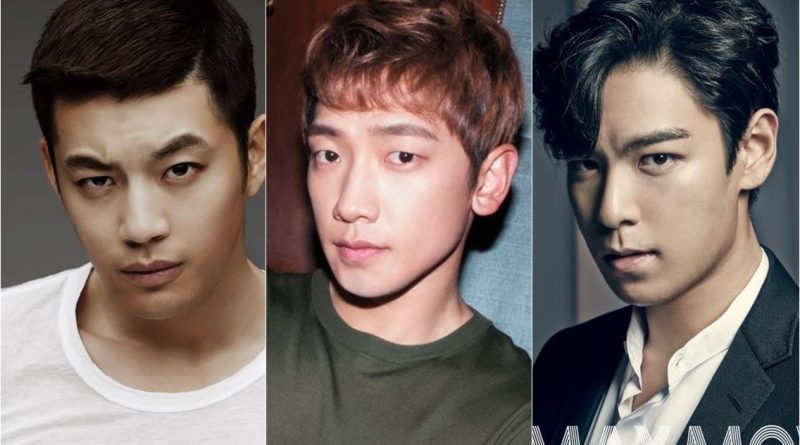 Once becoming a public figure, one’s life will always be in the spotlight. It’s hard to hide the slightest thing from the public. A scandal or violation of the law will give a big impact on celebrity’s career. Celebrities in Korea are required to have a positive influence given the enormous influence of K-Pop and Hallyu in Korea and abroad. As a good citizen, all Korean men must undergo military service and celebrities are no exceptions. For 21 months, they have to serve the country. Rain, Se7en and TOP had committed a foul when they were in the military. What are their violations? Check out the reviews below.

Se7en used to be called the prince of K-POP. However because of his scandal, his career and fame dim. When following the military in 2013, Se7en visited adult massage parlor during his service. It violates military regulations. Se7en had to serve a 10-day military sentence. Since then, his career began to fade.

Although now Rain and Kim Tae Hee are married, they have experienced difficulties. He started a relationship with Kim Tae Hee while he was in the military. It may be difficult for Rain to resist longing not to meet his new lover while undergoing military service. Because of his longing, he must receive punishment. Rain often escaped from military to go on a date with Tae Hee and did not use his military uniform, which is mandatory for people who are still on duty.

Perhaps the most severe violation was committed by TOP. Having tested positive for marijuana, T.O.P Big Bang was officially excluded from Gangnam police force, where he was on duty. T.O.P began to undergo military service on February 9, 2017. T.O.P has been carrying out his duty as a policeman for 3 months 27 days. But as one of the sanctions imposed on it, this period remains uncounted. T.O.P Big Bang still has to repeat the period of undergoing military service from the beginning for 1 year and 9 months.