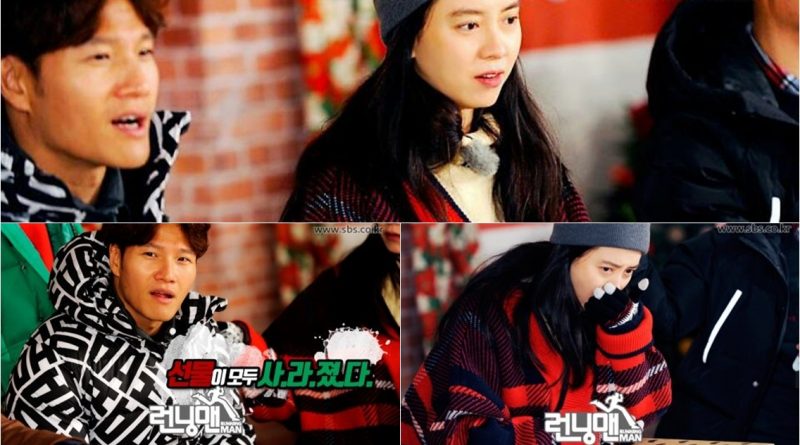 In the episode of the ‘Running Man’ Christmas special, the members brought objects that remind them with Christmas. Kim Jong Kook brought the doll, “10 years ago I ever spent Christmas in America with my mother. I went to Disney Land,” Kim Jong Kook said.

Kim Jong Kook handed the doll to Song Ji Hyo, “Just hold it once,” Kim Jong Kook advised. Song Ji Hyo did not see her like a baby doll and both look like married couples. Seeing this, Haha stared meaningfully, “Lately a lot of news about Jong Kook and Ji Hyo’s relationship on SNS.”

“I’m also surprised to see the article,” Ji Hyo said in response, “According to the news Jong Kook and I are married” she added. This rumor has spread to China. This false rumor has been in demand as well as their popularity in ‘Running Man’ in China. The nickname for both in ‘Running Man’ referred to as ‘Nevis Swing Couple’ shows their great chemistry.

Ji Suk Jin also commented on the news related to their dating rumors, “I can give up my luck if they are real lovers,” Ji Suk Jin said. The members also responded to “What luck do you have” and made others laugh. Haha also added, “Can you date to reduce his luck and break up afterwards?”