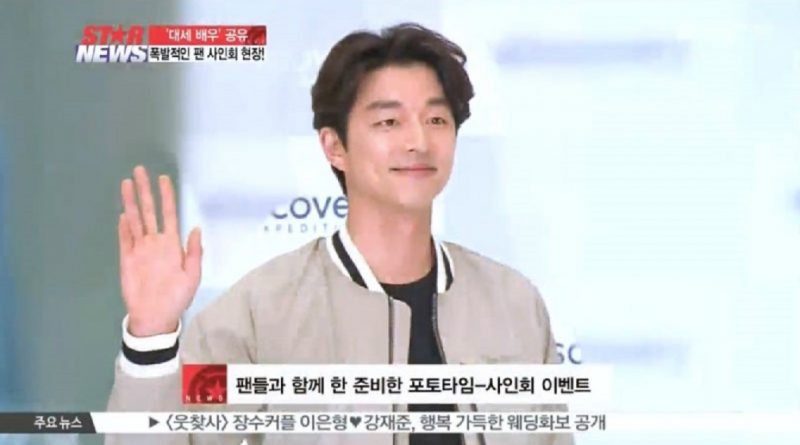 On February 24, Gong Yoo held a fansigning event in one of Seoul shopping malls. It was reported that the mall was crowded with fans who wanted to see Gong Yoo after ‘Goblin’ ended.

During the event, Gong Yoo did a lot of fanservices, such as smiling while staring intently at the fan’s eyes, having a relaxed conversation, high touch, and so on. It was also reported that Gong Yoo and his fans is going to hold a bazaar for charity. All of the profit from the bazaar will be donated to those who need it.

Gong Yoo syndrome also reaches China and Japan. Despite the Hallyu content restriction in China, Gong Yoo’s name is still the most searched name in Chinese popular sites. Even in Japan, Gong Yoo’s fame is remarkable.