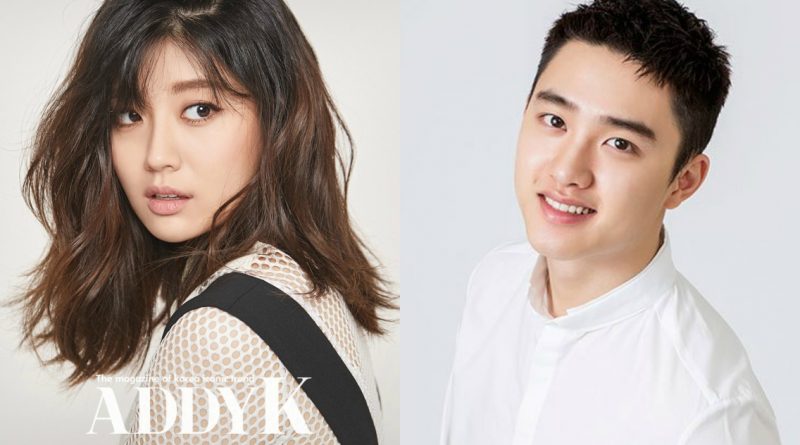 According to SM Entertainment, D.O and Nam ji hyun are currently considering to take role in drama ‘100-Days Husband’

Drama ‘100-Days Husband’ told a story about the disappearance of the crown prince. D.O got offered the role as the crown prince while Nam Ji Hyun will play Hong Shim, the first founder of Korean Joseon newspaper.

Since his acting debut in drama ‘It’s Okay, It’s Love’ in 2014, Do kyung Soo has appeared in a few movies like ‘Cart’, ‘My Annoying Brother’, ‘Room no.7’ and ‘Along with the gods: the two world’. If he took the role in the current offer, then ‘100-Days husband’ will be his first drama after his movie debut. He is also known for his stable acting performances that attracted all the movie goers.

Nam Ji Hyun debuted as a writer when she was young and became an actress when she became an adult. Her first appeareance in MBC drama ‘Shopping King Louie’ and SBS ‘Suspicious Partner’ successfully attracted drama lovers. Whether it’s with Seo In guk, Ji Chang Wook or others, Nam Ji Hyun successfully showed a great chemistry so drama lovers would definitely wait for her chemistry with Do Kyung Soo in the new drama.

July 7, 2017 Tirta Comments Off on K-Drama Couples That Turned Into Real Married Couples