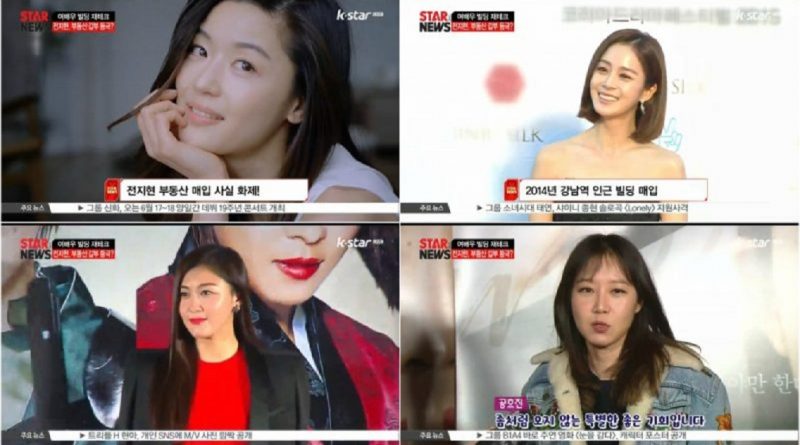 Recently, it is reported that actress Jun Ji Hyun just bought a building that became a topic of conversation among the public. According to the media, on March 17, Jun Ji Hyun bought a 3-story building located in Samseong-dong, Seoul. The building is near Bongeunsa station. One of the fascinating points is that the actress who tries to make a move in this real estate business paid for 32.5 billion in cash.

In addition to Jun Ji Hyun, another actress is also showing her ability in real estate. Rain and Kim Tae Hee couple have real estate worth 50 billion won. She bought a building near Gangnam station in last February 2014. If the buildings she owned are accumulated then it worths more than 20 billion won.

November 27, 2017 Ria Comments Off on Celebrities Winter Fashion at The Premiere of ‘Room No.7’
MOVIE VIDEO