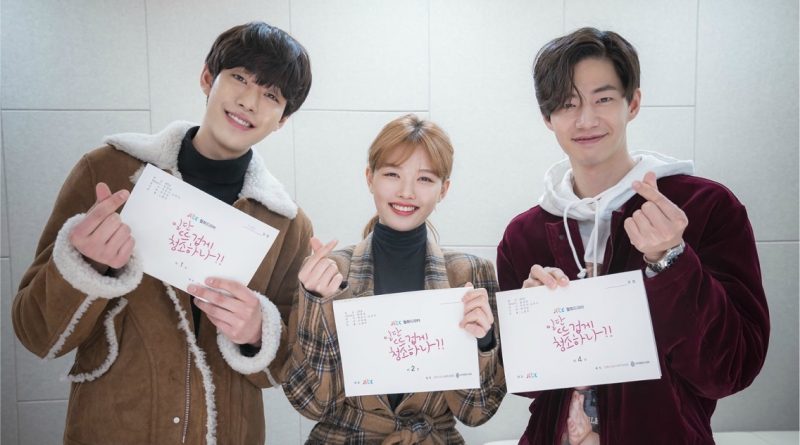 ‘Clean With Passion for Now’ Drama successfully showed a youthful aura from the first script reading.

JTBC’S newest drama that set to air on April, the follow up of ‘Laughter in Waikiki’ exposed its first script reading on Thursday 8 January 2018 that is filled with harmony.

‘Clean With Passion For now’ told a story about a recently graduated student Gil O Sol (Kim Yoo jung who lives her life without much care about her hygiene or cleanliness and A CEO of a cleaning company, Jang Seon Gyeol (Ahn Hyo Seo) who is a neat freak and has phobia of germs. This drama is adapted from webtoon and a lot of fans has been attracted to wait for the drama’s outcome. Kim Yoo Jung, Ahn Hyo Seop, Song Jae Rim recently created a “Manjjit-Line” (Comic character that comes out to real life) and they made the fans excitedly waiting for their energy and performance in the new drama.

Kim Yoo Jung will greet the fans for the first time after she became an adult and will play role of a graduated student who is currently looking for job, Gil O Sol that prefer to survive than live a life in cleanliness. Meanwhile Ahn Hyo Seop who will play the role of Jang Seon Gyeol with 100% synchronization said, “I feel a little nervous but I will do my best”. Song Jae Rim, the additional character who is also successfully drawing fans attention with his ambitiousness for this drama said, “I definitely will work hard”

May 30, 2018 Ria Comments Off on 3 Famous Korean Actors Who Are Still Willing to Be Cameo in Drama
BEAUTY Rank&Talk

August 16, 2017 Ria Comments Off on Seolhyun Challenged Herself in Her 2nd Movie ‘A Murderer’s Guide to Memorization’
MOVIE VIDEO