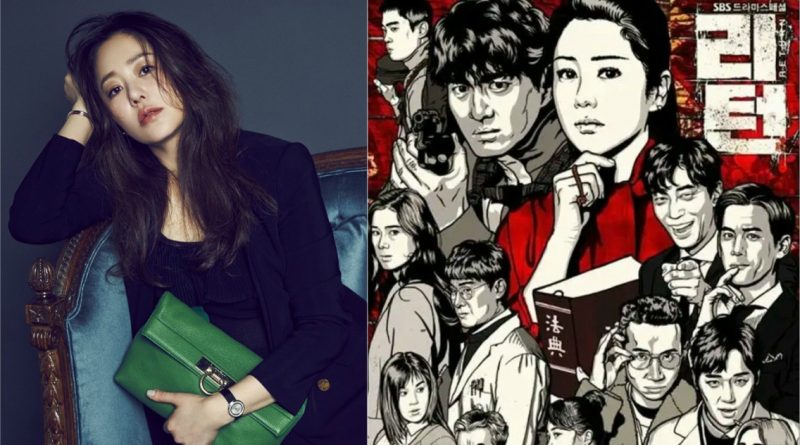 While the news about Go Hyun Jung leaving the cast of ‘Return’, SBS announced that they are currently discussing about looking for Go Hyun Jung’s replacement in ‘Return’.

Today (8th Febuary 2018) SBS announced that they are currently discussing for a way out of this problem and also apologize to the viewers because of one of their cast in drama ‘Return’ decided to left the production.

Production team of ‘Return’ drama had done their best to avoid any further issue and tried to negociate with Go hyun Jung’s side but they found no way out nor any agreement so they had to made the decision at the end.

Finally, SBS showed their remorse by stating, “We once again would like to apologize to all viewers for this issue. We’ll work harder and better in the future so please do support us.”

Meanwhile, ‘Return’ drama is currently facing issue because the conflict between the actress Go Hyun Jung and the PD Joo Dong Min that made the actress decided to leave the cast. Go Hyun Jung’s agency, IOK Company said, “We accepted SBS decision. After going through a lot of discussion and consideration, it’s impossible to continue the shooting”

September 8, 2017 Ria Comments Off on IU Released Remake Version of ‘A Flower Bookmark’