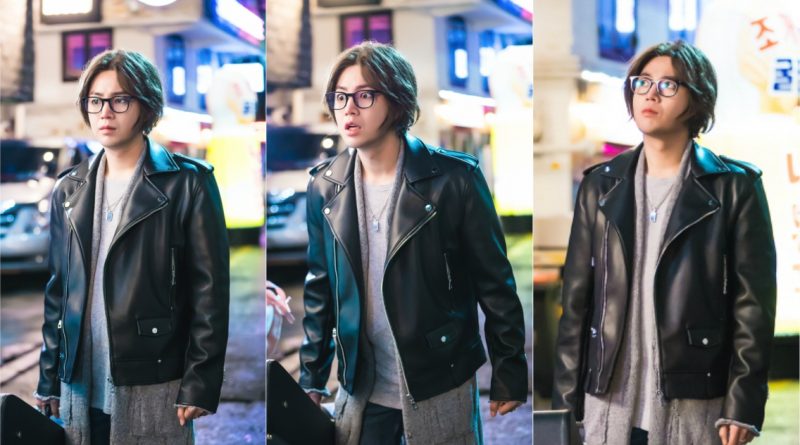 Jang Geun Seuk is blessed with amazing intelligent as he prepared for the exam in the newest SBS drama ‘Switch: Change the world’ that set to air on 28th of March but he hasn’t successfully made it to become a prosecutor.

Meanwhile, Jang Geun Suk gained a lot of attention when he looked as if he is pretending to be a member of an indie band that gives off the rebellious atmosphere. Sadochan has changed into a guitarsist of an indie band and he looked so angry in the middle of the busy street. Even Sadochan looked as if he is going to hit someone with his palmed hands that successfully made the viewers curious.

The production team said, “The way Sadochan talk and dress-up will slowly changing as the story goes on in this drama Switch. We also have a lot of inspiration for shooting the next scene”