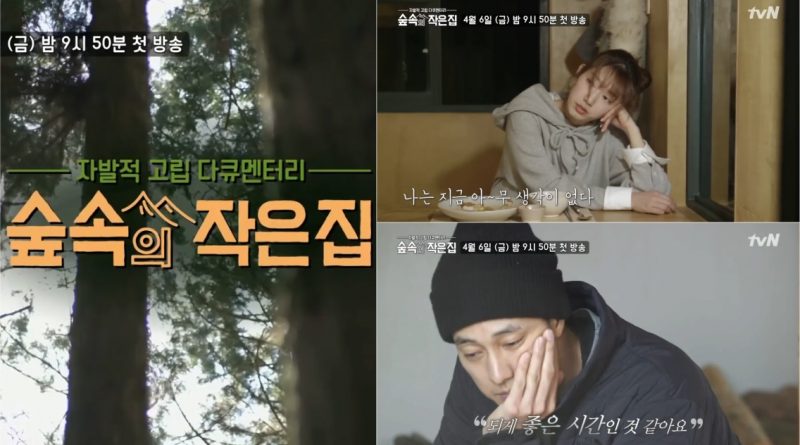 tvN’s newest entertainment program ‘Little house in the wood’ has become the talk of the town.

The preview of ‘Little House in the wood’ that is set to air in Korea on 6th of April has been released to replace the ‘Youn’s Kitchen 2’.

Through the announcement of the teaser that has been released by the official of ‘Little house in the wood’, So Ji Sub and Park Shin Hye were shown wandering around in the middle of the forest decorated with sunlight.

So Ji Sub and Park Shin Hye has to go on a mission while carrying their cameras to shoot themselves. Instead of feeling bad, they found happiness eventhough they live off-grid far cry from the city.

But then they slowly adapted to their surroundings. Park Shin Hye was peacefully looking out of the window and staring at the starry night sky while So Ji Sub enjoying the sound of the nature and said, “I feel so at ease to hear the sound of nature and I feel so happy to be able to become one with nature”. He also added, “It helps me fills yet it also empties my head. I feel this moment is the best moment in my life”.

“Little house in the wood’ is a program that directed by Na Young Suk and Yang Jung Woo and gained a lot of attention since the appearances of So Ji Sub and Park Shin Hye. Through this program that is more like documentary than entertainment program, So Ji Sub and Park Shin Hye will be isolated in a small house in the middle of the wood to find happiness.

‘Little house in the wood’ has become a hot topic after the preview of its first episode been released right after the end of ‘Youn’s Kitchen 2’ and has become the number one search on internet.