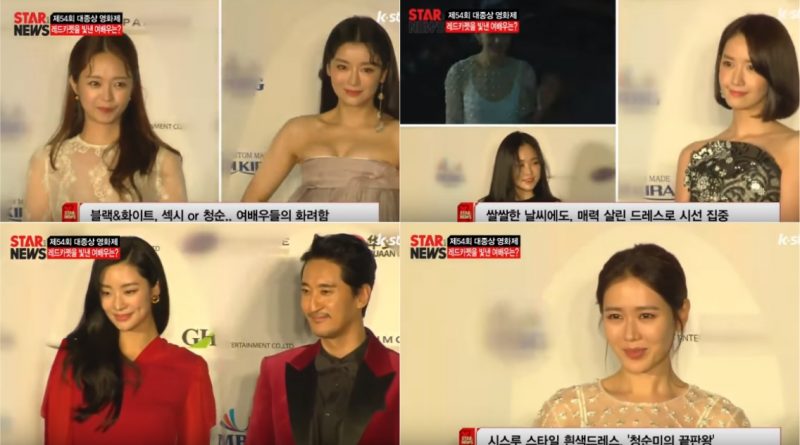 The actresses lookED extraordinary on the night of the Daejong Film Award. On the 25th of October night, the red carpet OF Daejong Film Award became an amazing event. Although in the middle of cold weather, the actresses still attracted a lot of attention with the dress they wore. Kim Sarang looked stunning sexy in a dress gown that showed her cleavage.

Jeon So Min showED her innocent charm by wearing a long white dress. Kim Hye Jin showED ‘Climbing look’ style! She attended the red carpet show in a pink dress that showed her chest area to make her appearance look sexy. Actress Jian showed her sexy charm by wearing a humble hanbok outfit. The actresses appeared in black and white, sexy and innocent in the red carpet Daejong Film Award. The 54th Daejong Film Award is the most successful film award in Korea. The actresses has shown their beauty on the red carpet.