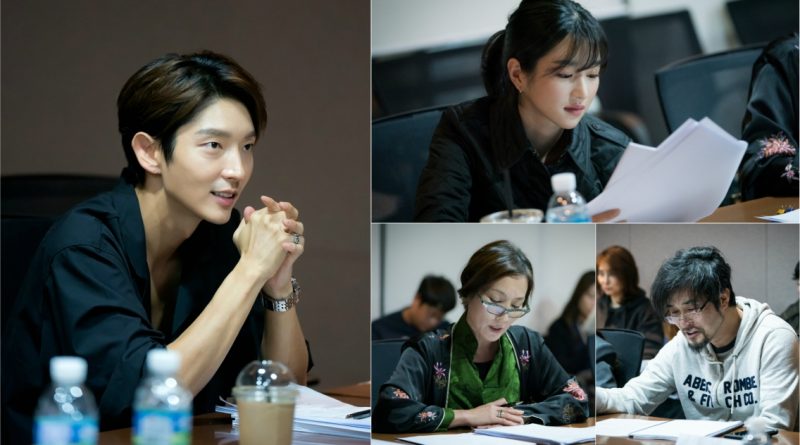 The newest tvN drama ‘Lawless Lawyer’ that is set to air on 12th of May told a story of a lawyer that use his own way instead of law to seek for the justice. On the 27th of March, the actors and actresses of this drama gathered to do their first script-reading.

The actors and actresses begun their first script reading with warm greetings to each other but their faces changed 180 degree when they were immersed in their characters and acting. PD Kim Ji Min said, “both actors and actresses must be nervous at first, but they’re worth waiting for”.

Lee Joon Gi, Seo Ye Ji, Lee Hye Young and Choi Min Soo looked completely into their characters and acts to be able to bring out the charms of their characters. Lee Joon Gi who played the role of Bong Sang Pil gave more strength and power to his tone of voice and his acting skills that successfully showed his character’s charm. He also showed a great facial expression and gestures that made the viewers willing to wait to be able to see his performances in this drama.