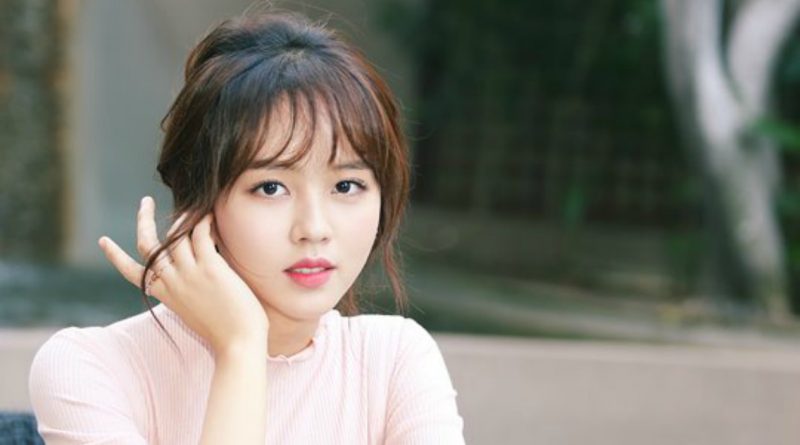 Kim So Hyun recently got interviewed after finishing her latest drama KBS ‘Radio Romance’ where she showed her affections towards Kim Yoo Jung.

Kim So Hyun who took the role of Song Geu Rim in ‘Radio Romance’ said that she actually got a lot of pressure during the filming because this is her first drama since she became an adult.

The expectations of viewers on Kim So Hyun is always high because she is very popular. “Everyone has a high expectation on me and I have to work hard to meet their expectation. People will eventually lose their confident when working under pressure so I tried not to think about it and just do my work well” she said with a mature tone.

Kim So Hyun who is famous for her acting ability is also have a few complains and opinions. Eventhough she always got praised through her great performances, she felt like there is still so many things she lacks on and she felt that she still didn’t do her best yet.

After filming drama ‘The Emperror: owner of the mask’, this drama got a poor critics because the lack of the characters lifting up the mood in this drama. To Kim So Hyun, her works connected with her so she felt a bit down but then she decided to work hard and put more concentration on her work as he finished the 7 month filming.

She also said, “I have started my career since I was young. I spent a lot of time in the filming set than in school. I get along with my teachers better than with my friends. When I was filming ‘The Moon that Embraces the sun’ I started to learn how the adults behave while I spend my time hanging out with them”.

She also added that she isn’t really the outgoing type, “I rarely contact the actors or actresses I have worked with, also Kim Yoo Jung since I was a kid. I don’t like it if I can’t meet them in person. I prefer to meet them in person than through phones.”.

The ex child actor that has became an adult also said that “when I was a kid, I felt uncomfortable when someone pointed out the differences between me and Kim Yoo Jung. I felt like there’s nothing different with the two of us.” And “now I feel happy. We are friends and I think the differences between us is what makes us special”.