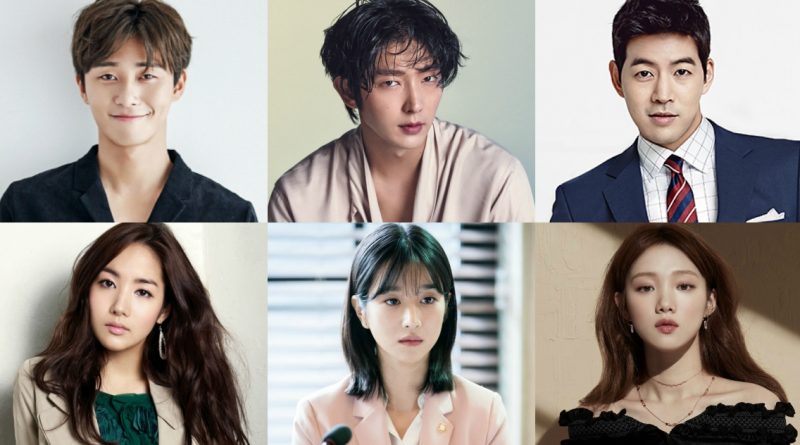 For those drama fans, there are three long-awaited dramas in tvN that will air soon this year. These dramas will definitely keep you entertain in spring time this year. Starting from Lee Joon Gi and Seo Ye Ji, Lee Sang Yoon and Lee Sung Kyung, to Park seo Joon dan Park Min Young. These dramas are none other than ‘Lawless Lawyer’, ‘About time’ and ‘Why Secretary Kim?’. Each of those dramas will give off a different and unique vibe that will entertain the viewers. Besides the famous actors and actresses, these dramas own the plot that will capture the viewers heart. For those who are wondering about these three dramas, we’ll give you the quick sumarries for you.

Lee Joon Gi and Seo Ye Ji will appear in tvN’s newest drama ‘Lawless Lawyer’ that will air on 12th of May this year. This drama told a story about a lawyer who ignores the law and use his own way to win in the court. The lawyer itself is none other than Bong Sang Pil (Played by Lee joon Gi). Bong Sang Pil witnessed the death of his mother when he was child and he saw that his mother didn’t get any justice for the murder. This makes him vengeful that he decided to become a lawyer to revenge his mother. In this drama, Seo Ye Ji will play the role of the female lean, Han Jae Yi. Han Jae Yi is a lawyer that is very tied to the principle of laws. After meeting Bong Sang Pil, Han Jae Yi’s heart will soon shake and changes. The two of them will be involved in a case that made the two of them turned into romantic interest. This drama is set to air every Saturday and Sunday on 9 pm (GMT+9).

The newest tvN drama entitled ‘About Time’ that will aired on May this year is presented with lee Sang Yoon and Lee Sung Kyung as the main leads. Along with the confirmation that the two wil starred in this drama, it successfully gained a lot of attention. This drama told a story of a woman who can see the other’s lifespan named Choi Michaela (Played by Lee Sung Kyung). Choi Michaela is a profesional musical artist that has come to learn her path and destiny. Choi Michaela who owned this amazing ability will meet a guy who can stop the time, Lee Do HA (Played by Lee Sang Yoon). Lee Do Ha is a chairman of a cultural foundation that is known to be perfectionist, cold and has a killer gaze. Unlike Choi Michaela, Lee Do Ha didn’t realize that he has the ability to stop the time. After they met and went through various incidents, the two finally fell for each other. They will use their abilities and gift to save people and cross through all the obstacles. This drama is set to air every Monday and Tuesday on 9.30 pm (GMT+9).

The third new tvN drama that will soon to air is an adaptation from a popular webtoon in Korea with the same title ‘Why Secretary Kim’. Park Seo Joon and Park Min young will starred in this drama. Park Seo Joon will play a role of Lee Young Joon, a CEO and a 2nd generation chaebol who is very self-centered. Lee Young Joon is very smart, good-looking and rich but he is very selfish and arrogant at the same time. He has a secretary who has been working with him for nine years named Kim Mi Soo. Kim Mi Soo will be played by Park Min Young. Kim Min Soo is the only secretary who has been trusted by Lee Young Joon. But then suddenly Kim Mi Soo decided to resigned. Lee young Joon starting to feel the loss as he tried to get her back to work with him. Along with this, the love story between the two of them will begin. This drama is set to air on June this year every Wednesday and Thursday on 11.30pm (GMT+9).

July 17, 2017 Tri Comments Off on [RANK AND TALK] 4 Celebrity Couples That Met Through A Drama
BEAUTY Rank&Talk