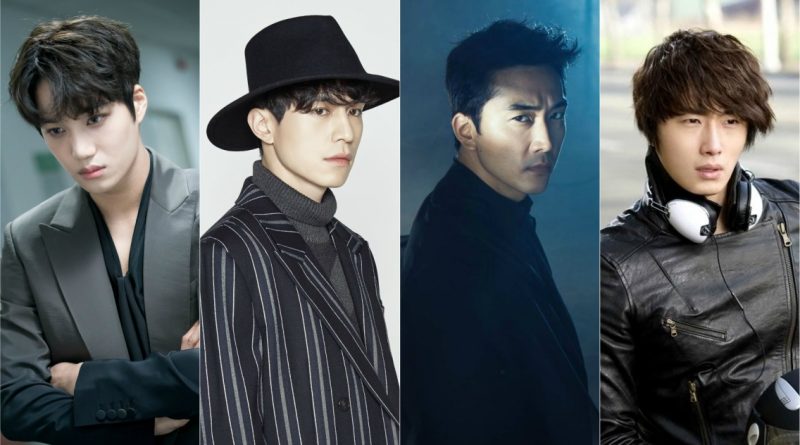 Kai is now on the line up of charming Grim Reaper.

EXO’s member, Kai played the role of Ato the messenger of death in KBS newest drama ‘The Miracle We Met’. Kai is a new Grim Reaper where he begin to collects the souls of those who are dead. In his early life, Kai made a huge mistake that caused the overturned destiny of Song Hyun Chul A and Song Hyun Chul B. Kai brought out the strong atmosphere even without saying any words in the first episode and he will continue to make it up in the future.

In SBS drama ’49 Days’ that aired in 2011, Actor Jung Il Woo took the role of a Grim Reaper in modern days. In ’49 Days’ he is a scheduler of death with the appearance of young and good looking guy with a very interesting personality that leads the dead soul back to the afterlife. Back then, Jung Il Woo played the role of a modern Grim Reaper. He became a Grim Reaper after meeting his death at the very young age.

Jung Il Woo is also known by his role as the modern version of grim reaper. Unlike the grim reaper in the fairy tale, he pictured a new version of Grim Reaper with a look of an idol.

Song Seung Heon played the role of a grim reaper named Black in OCN’s drama ‘Black’ last year. This is Song Seung Heon’s first challenge on doing the fantasy role that gained a lot fo attention. He is a grim reaper trapped in a human’s body and has a very dark sense embodied in his inner self.

The character of Grim Reaper in ‘Black’ is a human, not a goblin. He showed a perfect charm through his good looking appearances and strong charisma that captured viewer’s heart, especially when in fact his personality can turned 180 degree from the overwhelming feelings of love.

He is also played a role of a hero that lost the love of his life because of some misunderstanding. And not only that, he also live together with the Goblin character and showed a perfect bromance that made the two of them famous.

Kim Eun Suk is also known as a writer who write a perfect male lead characters but in ‘Goblin’, not only the character but also the teamwork of the artist to bring a life to each character has gained a lot of attention.

Lee Dong Wook branded himself a nickname through ‘Goblin’ and enjoyed his fame both in Korea and overseas.

The reasons why grim reaper has become something common in Drama is that because visual effect of fantasy that enable people to use their imaginations and making connection with the reality.

According to a popular culture observer, the darker reality gets the bigger chance of unsure future grows that made the viewers want fantasy-themed melodramas.