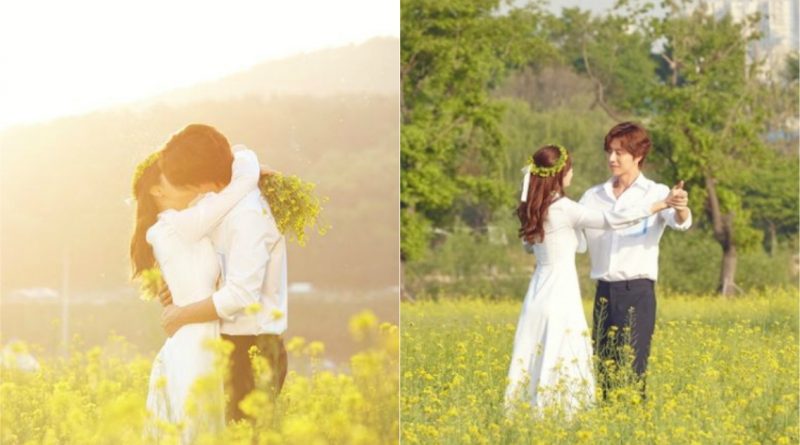 The fantastic proposal has been unveiled

On 23rd of April, drama ‘Lion’ revealed its still-cuts that showed a proposal by Park Hae Jin to Nana in the set of the blooming flower garden.

‘Lion’ is a mystery-themed drama that tells a story of a man who tried to seek out for the truth behind the mother of each character including Park Geun Yang and Kim Chang Woo. Park Hae Jin will play the role of four character including Kang Il Hun, a cheff of staff in some major company.

In the drama, viewers has been waiting for the four characters role of Park Hae Jin and a lot of them expecting the sweet beautiful romance between the two main character that looks like head over heels with each other.

In the still cuts showed a chemistry between the couple who are seemed to be experiencing a real love with the wonderful flower garden as its background. The visualization of every scene from PD Jang Tae Yoo has been recognized from his past works such as ‘Painter of the wind’, ‘Deep Rooted Tree’, and ‘My Love From Another Star’.

Meanwhile ‘Lion’ is Jang Tae Yoo’s first domestic production and is expected not only busy promoting in Korea but also overseas.

February 12, 2018 Tirta Comments Off on 5 Korean Artist Who are Born Wealthy
Rank&Talk TRAVEL