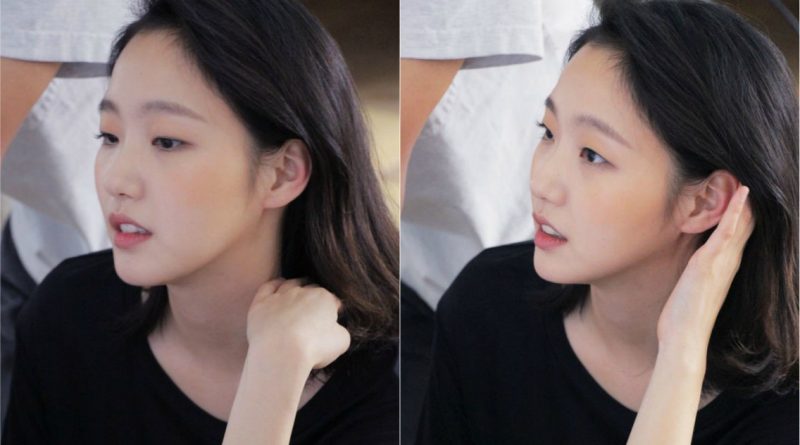 BH Entertainment has just released a pictures of Kim Go Eun celebrating her 6th anniversary of her debut on 25th of April through its official website.

Kim Go Eun also stated “Thank you! I love you!” through her instragram.

The pictures showed Kim Go Eun’s sharp profile and her sweet refreshing smile. She also looks adorable and lievely as she take a few shots wearing a simple black T-Shirt and jeans.

Meanwhile, Kim Go Eun started her debut in 2012 through a movie entitled ‘Eunkyo’ and afterwards she has appeared in various works whether its film or drama. She also gained a lot of attention through her role in popular drama ‘Cheese in the trap’ and ‘Goblin’ that turned out to be a successful drama.

Kim Go Eun will play the role of main lead named Seonmi in her newest movie entitled ‘Byun San /Mountain Byun’ that will be release by the first half of this year.

April 29, 2017 Tri Comments Off on The Adorable Chemistry Between Lee Sung Min, Jo Jin Woong, and Kim Sung Kyun in ‘The Sheriff in Town’
MOVIE VIDEO