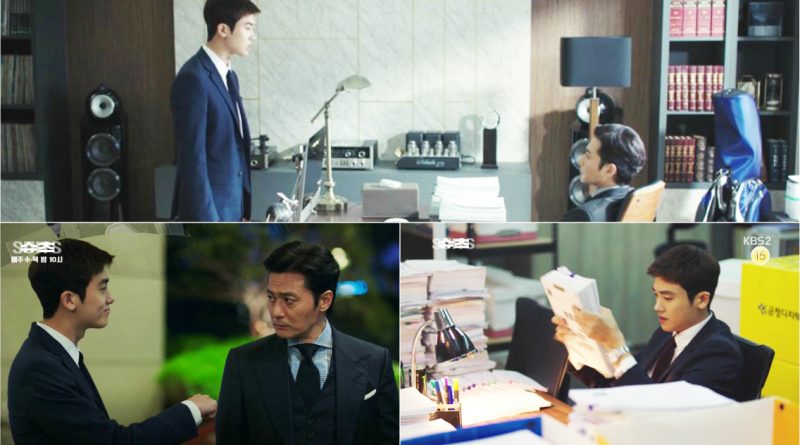 According to Nielsen Korea on 27th of April, the second episode of KBS newest drama ‘Suits’ that aired yesterday successfully set a record of 7.4% viewer rating that exactly like its first episode (7.4%). Its popularity also surpasses SBS ‘Switch:Change the world’ and MBC ‘Let’s Hold Hands and watch Sunset’ that aired at the same time (5.3% & 6.3%).

By the end of the episode, Go Yeon Woo was chased by two people who was ordered by Park Jun Pyo. When the situations gets real dangerous he uses his brain to fnd the way out.