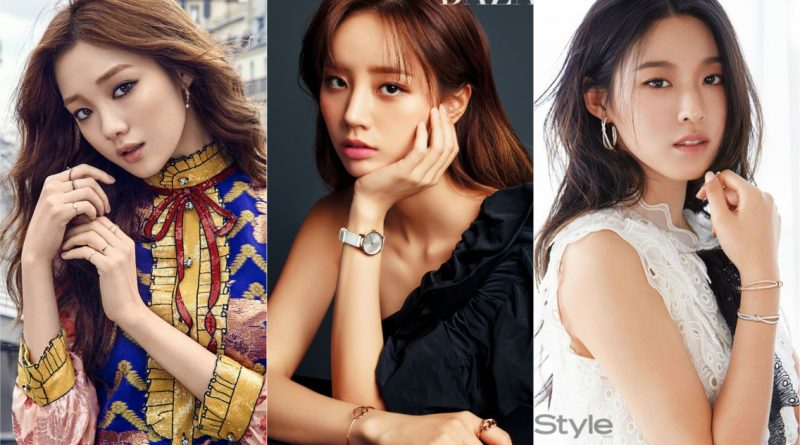 The new rising stars who were born in 90s is now dominating the main screen.

Actress Lee Sung Kyung (28) has made her debut in main screen through the movie entitled ‘The Wrestler’ that is set to air on 9th of May and she will continue with her newest movie ‘Girl Cops’ that will start its first shooting later in July. Lee Sung Kyung has appeared as the main leads in the small screen and now she is spreading her wings to the main screen. She will play the role of a main lead in tvN’s newest drama ‘About Time’.

And then there is 24 years old star named Hye Ri who will make her main screen debut through her newest movie ‘Monstrum’ that has started its shooting since 24th of March. She also has appeared in MBC ‘Two Cops’ early this year and has been actively making appearance in tvN’s entertainment program ‘Amazing Saturday’ that showed her potential by doing all kind of activities.

Not only the two of them, Seol Hyun 23) From AOA who is known as an ‘Acting-idol’ has been busy working on her movie ‘Ansi Fortress’. She has gained a lot of support from her debut movie entitled ‘Memoir of a murder’ last year. Now after her successes, she will play one of the main lead in the newest blockbuster movie ‘Ansi Fortress’ that has spent a budget on the production itself for about 215 Billion won.

Between those who are currently in their 20s, so many people expecting Kim Go Eun and Park Bo Young to returned to the main screen. They are the actor that showed an amazing performances, including Kim Tae Ri. But it definitely cannot be denied that the viewers have found new faces. Now everyone is curious whether how Lee Sung Kyung, Hye Ri and Seol Hyun who had just started their main screen movie will develop in the future.