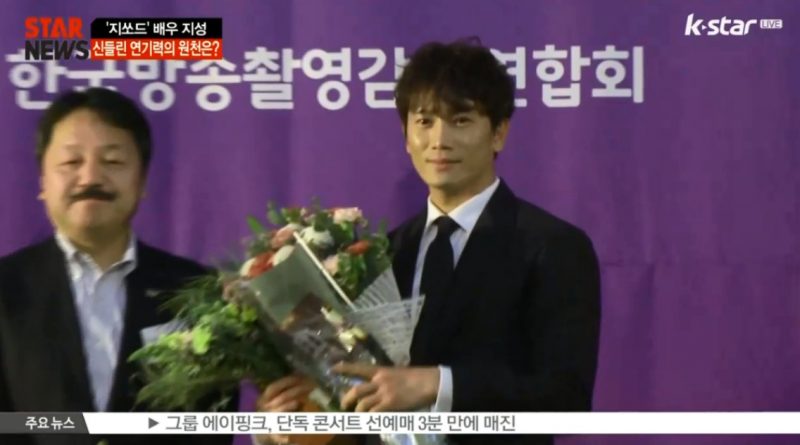 Jisung won the award for the best male actor category from the Grima Award 2017. This year, Jisung got a lot of love through the drama ‘Defendant’ and the movie ‘Myungdang’.

His family is the one who gives strength to ‘God Jisung’ to continue to grow in the changing acting and appearance.

“Actually, lately I often think of my wife and daughter while filming. Moreover, the drama rating of ‘Defendant’ is very good, but this is a drama that is difficult for me to, I can act well thanks to my wife and daughter, Lee Bo Young,” Jisung said.

Grimae Awards 2017 for best actress category was given to Seo Hyun Jin from ‘Temperature of love’. SHINee’s Key also won the best new actor through the drama ‘Lookout’. He acknowledged the difficulty of having to go with a skate board.

September 8, 2017 Ria Comments Off on Pentagon Gave Teaser for Their Comeback
DRAMA VIDEO

March 28, 2017 Tri Comments Off on Idols Who Are Busy Acting
MOVIE VIDEO

May 26, 2017 Tirta Comments Off on ‘Blue Busking’ Press Conference