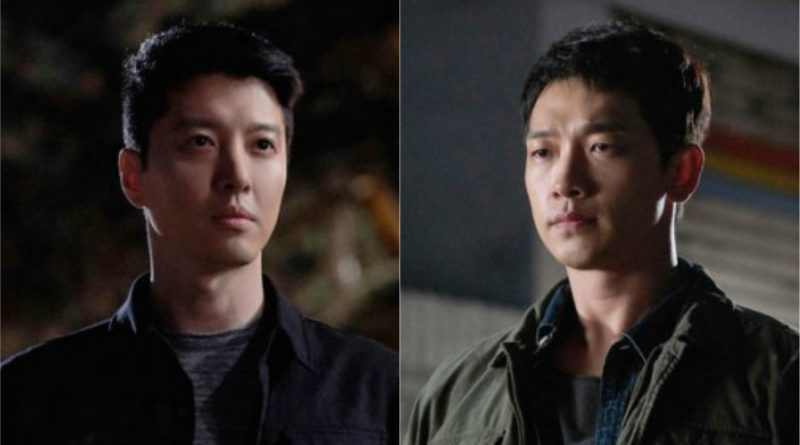 The tough battle between the two men who lost their loved ones has begun. The new drama entitled ‘Sketch’ released its still-cuts with Jung Ji hoon and Lee Dong Gun.

In JTBC new drama ‘Sketch’ that is set to air in 25th of May released still-cuts of two men who has same goals and same situation and that is none other than Kang Dong Su (Jung Ji Hoon) and Kim Do Jin (Lee Dong Gun).

Kang Dong Su is a criminal special investigation force that dreamed a happy future with his lover, but after the death of his love he met Yoo Si Hyun (Lee Sun Bin) a woman who can see and sketch the future in 72 hours. Dong Su later tried to capture the man who killed his wife. He started a secret investigation team where the members are those people who want to change the future. This drama was adapter from the popular series with the same title.

And then Kim Do Jin Has prepared everything for a happy life with his wife before he decided to seek for revenge after a man attacked and killed his wife when he’s not home. He then later knew that the man is none other than Jang Tae Joon. How Lee Dong Gun will captured the emotions of a sergeant who wants nothing but to avenge the death of his wife.

The main point of this drama is that the two of them lost their loved ones and the ones that even more precious than their life and they will tried to captured whoever the man who killed their wives using their own way.

Meanwhile JTBC ‘Sketch’ that told a story of a people who struggle to change the future will replaced ‘Pretty Noona Who Buys Me Food’ in 25th of May at 11 pm (GMT+9).

June 19, 2017 Tirta Comments Off on Im Soo Hyang Makes a Drama Comeback with ‘Lovers in Bloom’