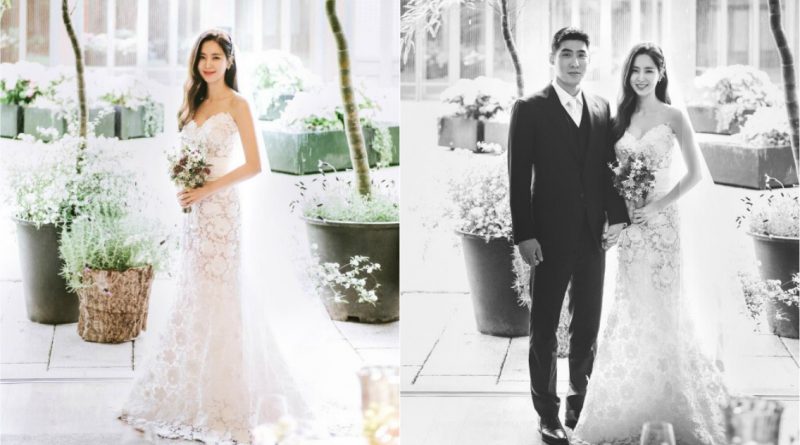 Wedding pictures of Actress Han Chae Ah and the son of a former soccer coach Cha Bum Geun has been released.

The official agency of Han Chae Ah, Mistic entertainment stated that “Han Chae Ah got married on 6th of May and has earnedblessing from the aquintances. We would like to thank you for the congratulations and the support that you’ve given” as they released the pictures of Han Chae Ah wedding.

In the released picture, Han Chae Ah was wearing a white bride gown with a very bright smile on her face. His husband, Cha Se Jji is also looking good in his tuxedo. The two of them also took a picture together while wearing hanbok as they staring at each other’s eyes and smiled.

Meanwhile Han Chae Ah and Cha Se Jji held a private wedding eremony in Silla hotel in the center of Seoul on 6th of May. Yoon Jong Shin, the representative of Mistic Entertainment performed in her wedding day and Bae Sung Jae also hosted the wedding.

Han Chae Ah and Cha Se Jji announced their relationship on March last year and since the news of their wedding on March and April, the two received a lot of support and love from the public. Han Chae Ah is expecting to give birth later in November.