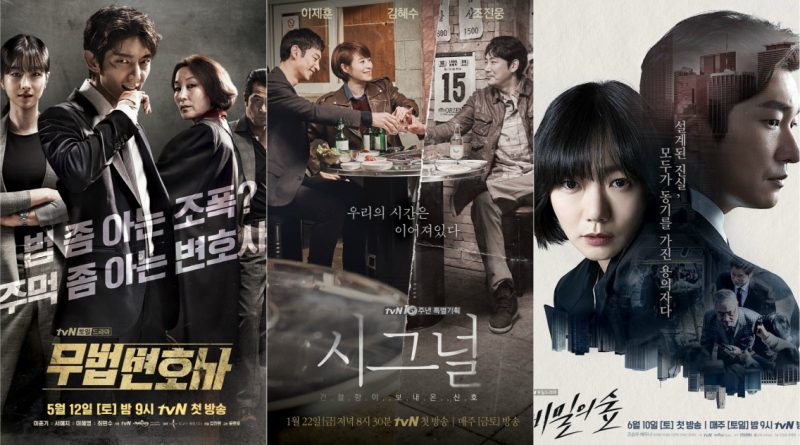 Kim Jin Min’s newest drama ‘Lawless Lawyer’ which has its line up from Lee Joon Gi, Seo Ye Ji, Lee Hye Young to Choi Min Soo is expected to be just as successful as tvN’s other drama such as ‘Signal’ and ‘Secret Forest’.

There is something the three drama have in common and that is none other than the expansion of a profession such as detective and prosecutors in Korea. this drama is also caught a lot of viewers’ attention through the amazing line up of its characters.

‘Signal’ is known for the best novel idea and its story of a detective who tried to dig up the unsolved old cases. In the Baeksang Arts Awards 2017, this drama won the category for Best Actor and best Performances in the drama category and made the writer Kim Eun Hee and the performances of its actor known throughout the country.

This year, ‘Secret Forest’ won the award of Best Performances and also its main lead won the Best Actor award. This drama told a story of a prosecutor and detective who successfully dig up and revealed the hidden truth of an old and unsolved case.

Next, it’s tvN’s newest drama ‘Lawless Lawyer’ turn which Is set to air on 12th of May later.

Lee Joon Gi also played the role of a lawless lawyer who use fists intead of law will show his powerful charm and cold charisma and also his amazing action performances.

‘Lawless Lawyer’ is set to air this Saturday at 9pm (GMT+9) after drama ‘Live’.