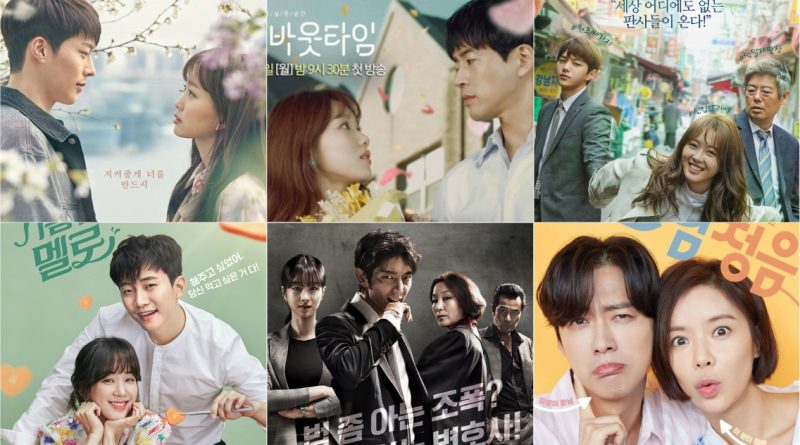 A lot of new dramas lining up in the broadcasting station such as tvN, MBC, SBS and JTBC that will air this May. Variety of drama starting from the comical, melodrama until the legal law-involved drama are ready to greet the viewers this month.

SBS Newest drama ‘Greasy Melo’ that has aired for the first time on 7th of May told a romantic story of a couple in some sketchy Chinese Restaurant. Jang Hyuk, Lee Jun Ho and Jung RYeo Won are the line up of the main characters in this drama that will make sure the viewers will enjoy this drama deliciously.

tvN’s newest drama ‘Lawless Lawyer’ will air its first episode on 12th of May. This drama told a story of a lawyer who often use his fists instead of law to fight for the justice. Lee Joon Gi and Seo Ye Ji are the main characters here along with Choi Min Soo and Lee Hye Young who will also be joining them in this drama.

JTBC’s newest drama ‘Miss Hammurabi’ is set to air on 21st of May. This drama will tell a story of judges who dream about fight for justice properly. Park Cha Oh (Go Ara) is a senior judge that always stick to her principle for justice, later she will met her junior Im Ba Reun, A smart judge who will change Park Cha Oh’s point of view on justice. Han Se sang (Sung Dong Il) is the senior judge that has witnessed a lot of unfair judges in the court room. The three of them will join a team to fight for justice.

tvN ‘About Time: the moment to stop’

tvN’s newest drama entitled ‘The moment to stop’ is set to air on 21st of May. This drama will tell a love story between Lee Sang Yoon and Lee Sung Kyung, the two leads in this drama. Lee Sung Kyung will play the role of Choi Michaela who has the ability to see the lifespan of other people and Lee sang Yoon will play the role of Lee Do Ha, a man who has the ability to stop the time.

SBS newest drama ‘Hoon Nam Jung Eum’ is set to air on 23rd of May and will tell a love story of a man who is an expert in love but refused to fall in love named Hoon nam (Nam Goong Min) and a woman who dreamed of a real love named Jung Eum (Hwang Jung Eum).