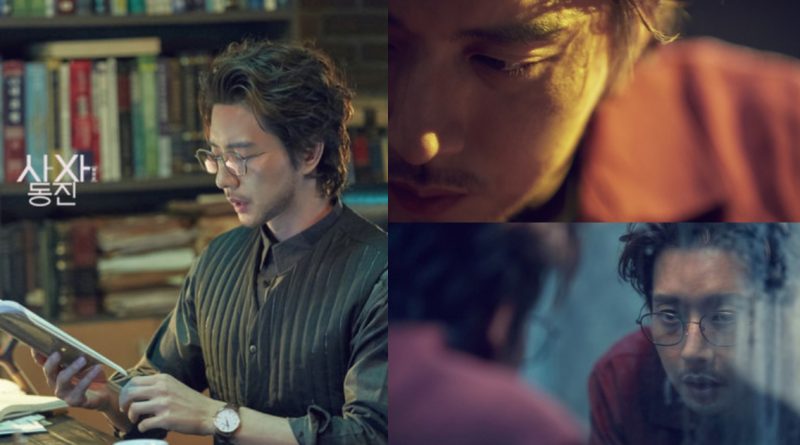 The newest drama entitled ‘Lion’ is one of the most anticipated drama in 2018 and this drama has gained the viewers attention once again after releasing its first still-cuts of the third character named Dong Jin who appeared for the first time.

‘Lion’ is a fantasy drama that told a story of a man who were investigating the mysterious death of his mother and then got involved in conspiracy with men who have the same faces as him. Park Hae Jin will play the role of four characters in this drama including Kang Il Hoon, the head of a huge foundation company.

The third character from the total four characters that will be played by Park Hae Jin is a total genius especially in historical and has rather a ruthless and evil mind when it comes to make decisions. It’s the most intelligent, sophisticated and sly character between the four characters in this drama. Dong Jin is a very scary person that he doesn’t trust anyone in the world and he also use people to achieve his goal without caring about the person’s life.

Dong Jin is simply an evil and sexy character that has become one out of four characters that Jang Tae Yu adored.

He is scarily genius and ruthless that gives off a different atmosphere from Kang Il Hoon who is bright and warm and the cold-blooded killer Chen. This simply makes viewers curious on how this drama ‘Lion’ will entertain them with these four characters.

Meanwhile ‘Lion’ is currently busy filming and it is a work of PD Jang Tae Yu who is known for his work SBS ‘The man from the star’ four years ago. ‘Lion’ is a 100% pre-production that is set to air on the second half of this year.