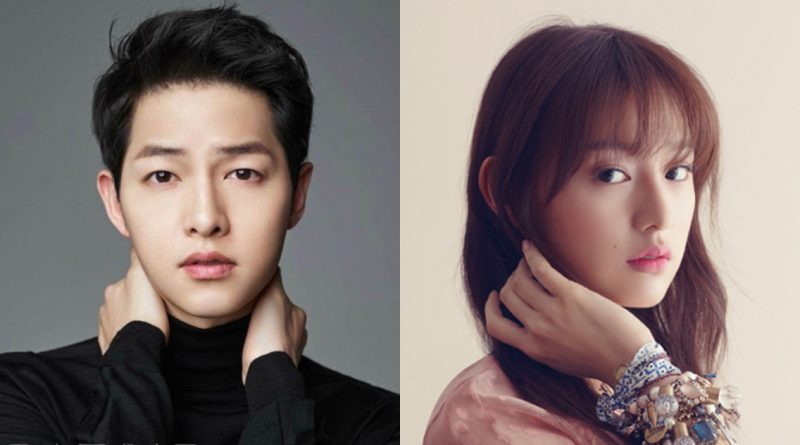 PD Kim Won Suk has decided to greet the viewers through his newest drama entitled ‘The Chronicle of Asdal’ that is currently being reviewed by the actor Song Joong Ki. Kim Won Suk recently has just finished his latest drama in tvN entitled ‘My Ahjussi’.

One of the official broadcast station stated that “PD Kim Won Suk has been choosen to direct the drama ‘The Chronicle of Asdal’. Regarding the main leads of this drama, Song Joong Ki and Kim Ji Won are currently on positive review”.

‘The Chronicle of Asdal’ is a work written by Kim Young Hyun and Park Sang Yeon who are known for their works entitled ‘Queen Seonduk’, Deep Rooted Tree’ and ‘Six Flying Dragon’. The production of this drama has been confirmed by tvN and it is expected to air in early next year. PD Kim Won Suk has bene known through his successful works such as ‘Misaeng’, ‘Signal’ and also ‘My Ahjussi’.

Song Joong Ki has been choosen as the main lead and the representative from his agency stated that “We are currently considering the offer and currently on the positive review” said one of the representative of Blossom Entertainment. Actress Kim Ji Won is also received the offer of the female lead in this drama and currently on positive review. Kim Ji Won’s agency stated that “We are still considering the offer from the production team of ‘The Chronicle of Asdal’”.

Drama ‘The Chronicle of Asdal’ is now currently doing the casting and has decided for the filiming set. The filming set will be built around Osan in Gyeonggi province. Meanwhile the casting is currently been done, the filming will start by the second half of this year.

This drama is set to air in early next year.

July 12, 2017 Tirta Comments Off on Married Couples Who Started Their Relationship after Starring in One Drama Together
MUSIC STAR VIDEO

July 5, 2017 Ria Comments Off on BTS is Crowned as ’25 Most Influential People On the Internet’ by Time Magazine
MOVIE VIDEO