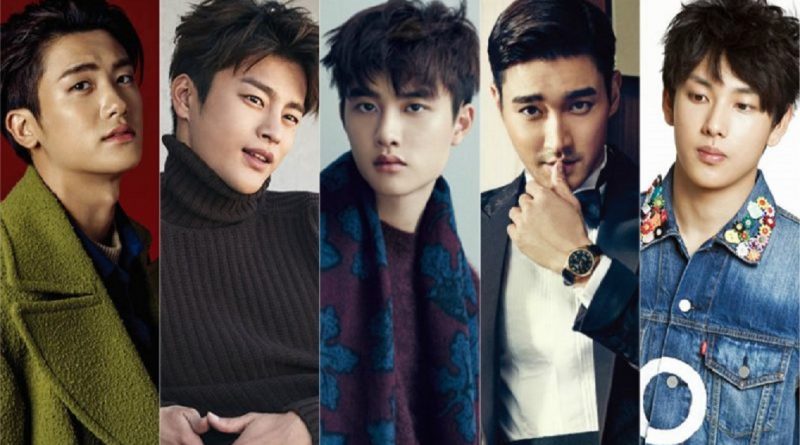 Park Hyung Sik, member of ZE:A, grabbed public’s attention with his acting in ‘Nine: 9 Times Travel’. After that, Hyung Sik appeared in ‘The Heirs’ with a more comedic role. His acting skill was honed even more with his lead role in ‘Hwarang’ last year. In the beginning of 2017, Park Hyung Sik successfully melted the hearts of every women with his romance with Park Bo Young in ‘Strong Woman Do Bong Soon’.

Seo In Guk started his career by appearing in the first season of ‘Superstar K’ in 2009 as a ballad singer. Then, he made his acting debut three years later as a supporting actor in KBS ‘Love Rain’. The first major role he got was in ‘Reply 1997’, which was aired on tvN in 2012. His acting skills that he demonstrated in the drama earned much praise. Since then, Seo In Guk has participated in various drama such as ‘Master Sun’, ‘High School King of Savy’, ‘Shopaholic Lous’ and others.

D.O is one of the members of EXO, a successful boy group in South Korea. Not only as a singer, he is also able to captivate the audience with his appearance in ‘It’s Okay, It’s Love’ as Jo In Sung’s fantasy kid. Although he did not appear as the main character, his acting successfully stole the attention of the audience. Thanks to ‘It’s Okay It’s Love’, DO has received many offers to star in a number of movies, for example, Pure Love (with Kim So Hyun) and Hyung (with Jo Jung Suk).

Other than singing and dancing, Choi Si Won, member of Super Junior, also excels in acting. His funny and silly role in ‘She Was Pretty’ has strengthened his name as an actor. At the moment, Choi Si Won is still undergoing his military service, but fans already cannot wait to see his next acting project.

Debuted as a member of ZE:A, Im Si Wan started his acting career with ‘The Attorney’. Then in 2014, he captivated tvN’s viewers in ‘Misaeng: The Incomplete Life’. Since then, Im Si Wan has appeared in various films, such as ‘One Line’ and ‘The Merciless’. The latter even got him an invitation to the 70th Cannes Film Festival. Soon, Si Wan is going to make a drama comeback with ‘The King Loves’, in which he starred along Im Yoona and Hong Jong Hyun.

November 21, 2017 Ria Comments Off on [RANK AND TALK] 3 Places K-Pop Fans Have to Visit While In Korea