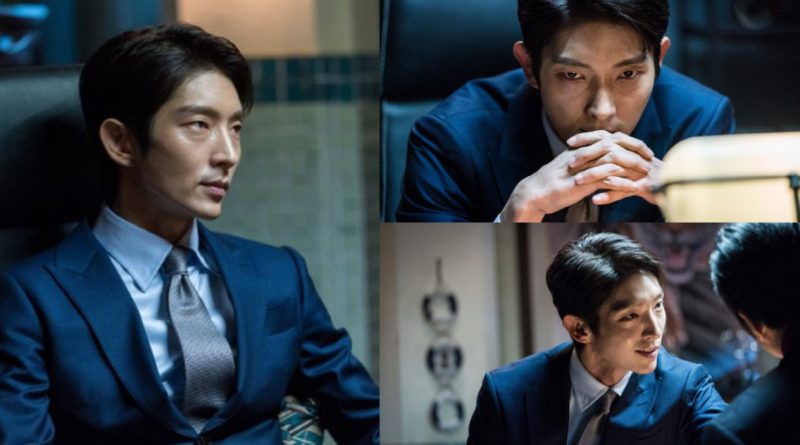 The new changes of image that is completely different from Lee Joon Gi is shown in the newest stillcuts of tvN’s drama ‘Lawless Lawyer’ that gained a lot of attention. Lee Joon Gi who played the role of Bong sang Pil, a lawyer who fought the battle without using the law is now turning into a guy with a burning passion of revenge.

The stillcuts of Lee Joon Gi has been released and it is showed the poisonous and angry look of Bong Sang Pil. He was meeting Ahn Oh Joo and now the attention is focused on whether how Bong Sang Pil control his burning passion to fight his enemies who killed his mother.

In the 4th innings of tvN drama ‘Lawless Lawyer’, Chan Moon Suk realized of Bong Sang Pi’s intention that mad ethis drama is even more intense. Cha Moon Suk showed his true color to Bong Sang Pil while Sang Pil challenged him to fight in order to pay his revenge. The court has turned into their battle field as Sang Pil keep pressuring Chan Moon Suk who is a close ally of Ahn Oh Joo and the the two of them has been using their power and laws to hide their evil deed.

September 2, 2017 Tri Comments Off on [RANK AND TALK] 3 Universities in Korea That Offer Creative Arts and Design Major
MUSIC Rank&Talk