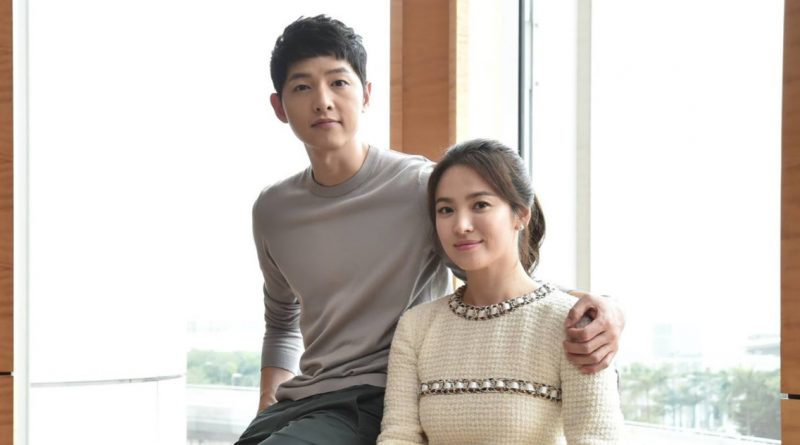 Now the attention is focused on the couple of Song Joong Ki dan Song Hye Kyo and whether they will return to the small screen this year or not. Eventhough the two of them was offered two different dramas, the two are expected to greet the viewers after a long absent since ‘Descendant of the sun’.

Song Hye Kyo is currently considering for a role in drama ‘Boyfriend’.

‘Boyfriend’ is a drama that tol d astory of a woman who seemed to have everything met an ordinary man who has nothing. Song Hye Kyo will play the role of a daughter of a lawmaker and Park Bo Gum is currently the potential candidate for the male lead.

If Song Hye Kyo decided to appear in this drama, then this work will be her first work after two years since KBS ‘Descendant of the sun’ that aired in 2016. Sadly the appearance of Song Hye Kyo in this drama seemed to have to wait for quiet long period of time because various of contract needs to be written, this also applied to Park Bo Gum.

Song Hye Kyo’s husband, Song Joong Ki is currently considering his next work that made the public interested on how the two will make their return to the small screen this year.

If Song Joong Ki decided to appear in this drama, this drama will become his first work after his marriage. Song Hye Kyo and Song Joong Ki has married happily since 2016 and they have received a lot of awards through their role in their previous drama. The possibilities of the two of them returning to the small screen after two years of absent has become the talk of the town. The expectation on the chance that the two of them will greet the viewers through their new works this year is also high.