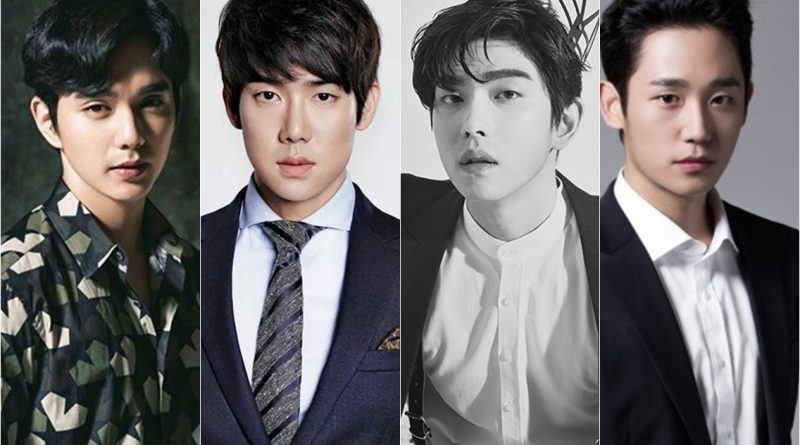 For entertainers especially men, entering the military is likely to make them worry. They cannot ignore the absence on the screen and the big screen for 2 years, and the fear to be forgotten by the community during the service. That is why the actors who appeared in the entertainment industry were relieved after undergoing military service and his career soared. These actors return from the military and have a change in their image. Having no obstacles in the future, they have a greater chance to shine. Here is a row of actors who can focus on building a career without having to worry about anything because they have performed military service.

Yoo Seung Ho debuted as a young artist and started his career in the entertainment world. At a very young age, in 2013 and Yoo Seung Ho went to the military when he was 19 years old. He was assigned ahead of the military including the GOP who served as an assistant professor at the recruitment training center. He was praised as a conceptual actor. Yoo Seung Ho frankly revealed, “I fled to the military for having a lot of work-related thoughts.” Yoo Seung Ho stars in the drama ‘I Miss You’ and ‘Ruler’.

He debuted with the movie ‘Old Boy’ in 2003 at the age of 21 years. He joined the agency after his debut and completed the task in the military as an air force driver. In a program, he said many got invited by his friend to date. But Yoo Yeon Suk conveyed after he left the military “Catholic religious people are also in the process of healing the pain of the destruction of the army.” Yoo Yeon Suk stars in ‘Reply 1994’ and ‘Romantic Doctor Kim’.

Actor and model Yoon Kyun Sang has served in the army. Yoon Kyun’s father who opposed him to act said, “you did not even go military” and he went off a month later. He said, “My father was against me, but after I went to the military, my mind did not change and I’m sure.” Yoon Kyun Sang stars in the drama ‘Rebel’ and ‘Doctors’.

He debuted as an actor at a fairly old age, ie 26 years old. Previously, he had followed the military when he was 21 years old. In the military he wished to become an actor and lose 12 kg of weight. As a film student, he conveyed in an interview, “I think I can still act with my friends after the military.” Previously he played a role in ‘While You Were Sleeping’ and became a cameo in the drama ‘Goblin’.